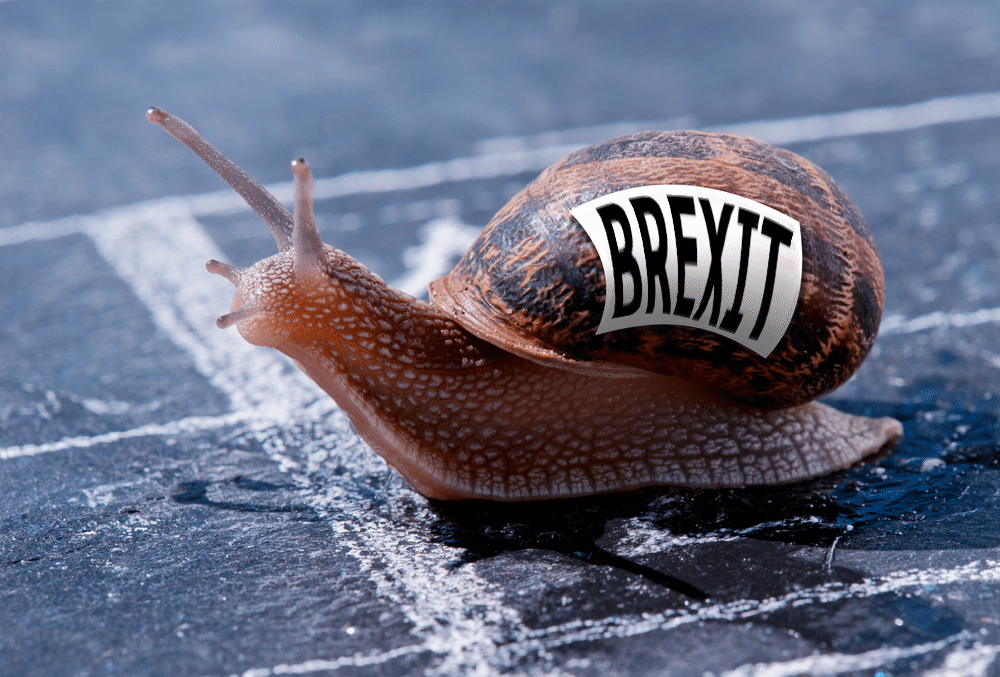 When it comes to the crunch, who knows what will happen with Brexit; the days and hours are ticking by, the Brussels unelected glitterati are running around in circles, huffing and puffing with their eyes bulging out at the latest misleading headlines coming from news desks? One newspaper will say this, and another that. In Blighty, it’s about the same, whispers of Olly Robbins saying something about extensions, then other whispers about no such thing. Who is to know what is really going on in the bunker as Theresa May, stocked up on baked beans and whisky paces the carpet in her leopard skin pattern shoes harrumphing and puffing with delirium?

Certainty is what is needed, instead we have a bucketload of uncertainty, and everyone knows this is not good for business, blah di blah di blah..it goes on and on, this Brexit that never seems to happen and never seems to end. The problem with Brexit is as we have been saying all along, it is being run by Remainers, and people who never wanted the UK to leave the EU. Until this is one day solved, and a real Brexiteer is put into a position of power, there will not be a real Brexit. With this uncertainty, we must have certainty, and there is definite certainty in one thing at least, and that is that bet365 review have got all avenues covered. Whether in a Clean Brexit, or a Brexit In Name Only, or even a complete dumping of Brexit and a return to the EU, which we never left in the first bloody place, they have it covered.

The fact is that it has now been three years since the EU Referendum vote, which was the largest democratic vote in British history. Three years, and pretty much nothing has happened since the vote. The UK has not left the EU, it has not even secured a single trade deal, and it has not even made plans for a Clean No Deal scenario. How can this be, how has parliament and the PM been so lacklustre in their approach to leaving the EU? We’ve had the Lords trying to thwart Brexit, we’ve has the judiciary trying to thwart Brexit, we’ve had the House of Commons trying to thwart Brexit, and that’s not including the media, the conglomerates, and ultimately the EU. Every bone of the civil service has been working against Brexit, every cell of the Treasury and the Bank of England has been working to stop Brexit, and what about the Cabinet itself? Split down the middle, with some MPs resigning in disgust at whatever they are disgusted at.

Juncker, Selmayr, Verhofstadt, and Tusk, a shameless bunch who slip and slide from one side to another, then plonk in the Irish question, the hard border, the soft border, and the darn right squidgy border. One can only imagine what goes on in their minds, these pointless people with immense salaries and endless expense accounts? If you’ve just had your fifth cognac of the morning, and have been pleasured by some young lady brought in by your fixer, would you care about the question of a hard border in Ireland? Remember it’s only 8.30 am and the whole day is ahead. Naturally, Juncker will stay in his office, and plonk his head down to rest for a few hours. Damn the phones, let them ring, especially if it’s that insufferable old bag Theresa May on the other line, or some panicked Irish chap blubbering nonsensical disaster scenarios that may or may not ever happen.

As the deliberations go on and on, we are constantly reminded of one singular thing about all of these players in the Brexit game. Yes, pretty much everything is about them keeping their jobs, keeping their salaries, keeping their EU backhanders, keeping their careers, or maybe even moving up in their career. Every opportunity that presents itself is another way to go up the ladder for these people, who are meant to be delivering the ‘will of the people’ as was voted on June 23, 2016. We have of course seen that those very people who voted on that fateful day for Brexit, are now but a forgotten memory, and have certainly been dusted under the carpet by a system that is using every trick in the book to erase their democratic vote.

Yes, one day we shall have certainty, but until that day passes, it will be even more uncertainty…