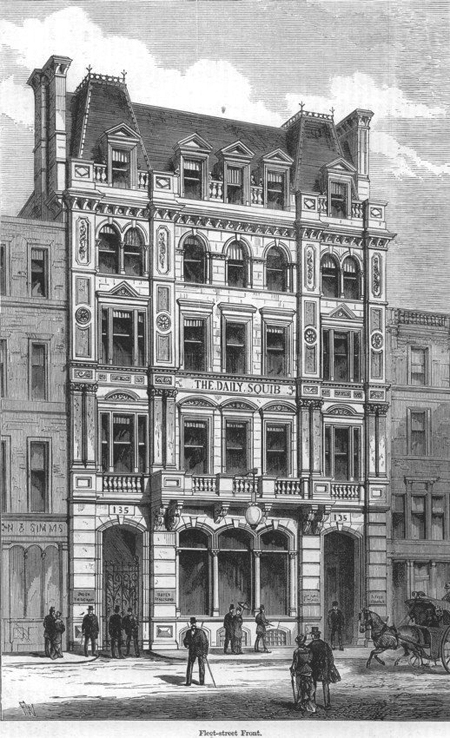 Fleet Street has had many fine tales of bawdy excess and debauchery, none more so than the tale of the Daily Squib Newspaper.

Created by the notorious 6th Duke of Pembroke in 1862, Francis Wellesley, he used his wealth and power for all manner of bachinalian excesses and treachery.

The Daily Squib was and is the rock star of all news and satire.

With more bite than Punch and a harder edge than an Eye in the Privates, the Daily Squib has cheated and bitten its way through the mass of tripe that is the British media for the last few centuries.

As the story goes..

It was above the Bald Eagle pub in Fleet Street where the indomitable Duke was conducting an illegal game of cards and had just won the whole estate off the Marquess of Beaumont, including his 18 year old wife, when the sore loser produced a Remington derringer out of his pocket and pointed it at the Duke.

The Duke was not put off by this act of cowardice and, to show he was game, added a lit squib to the already explosive situation.

Luckily for the errant Duke, he escaped with the loot by jumping through the top floor window. The sore loser, however, had no such luck and was blown to smithereens. Unbeknownst to him the room was doubling as a makeshift gunpowder store for the landlord.

The spot where the Bald Eagle pub once stood was then purchased by the Duke and was later to become the Daily Squib’s illustrious offices.