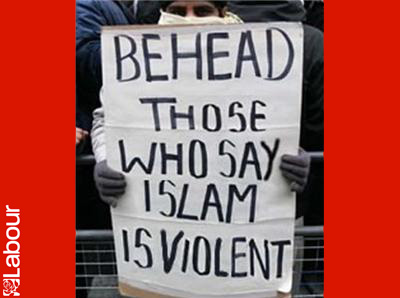 With many calls in the media to lock up known Jihadi terrorists and extremists who pose a serious threat to the country, unfortunately little can be done because the UK government has its hands tied by EU Human Rights legislation.

Until the UK leaves the EU and dumps EU law, it cannot do anything to deport or jail terrorists who pose a threat to the public.

In pretty much every case, the European Court of Human Rights thwarted any attempt to deal with terrorists citing “Rule 39” as the reason.

It’s not only known terrorists on the watch list who are untouchable, but foreign killers, criminals and rapists are also protected fully by the ECHR.

According to MI5, there are over 3,400 terrorists in Britain on the watch list, and an estimated 23,000 extreme Islam fanatics on the loose all over the country. These people are free to go wherever they want and to plot any new attacks as they wish. They are all protected by EU laws and are rarely arrested even though their intentions may be known.

On June 8 the country could have a stable, strong Conservative party that will deliver Brexit properly, who will eject inhibitive EU laws, as opposed to Labour who will rescind the EU Referendum, ruin Brexit and will allow terrorists to flourish in Britain.