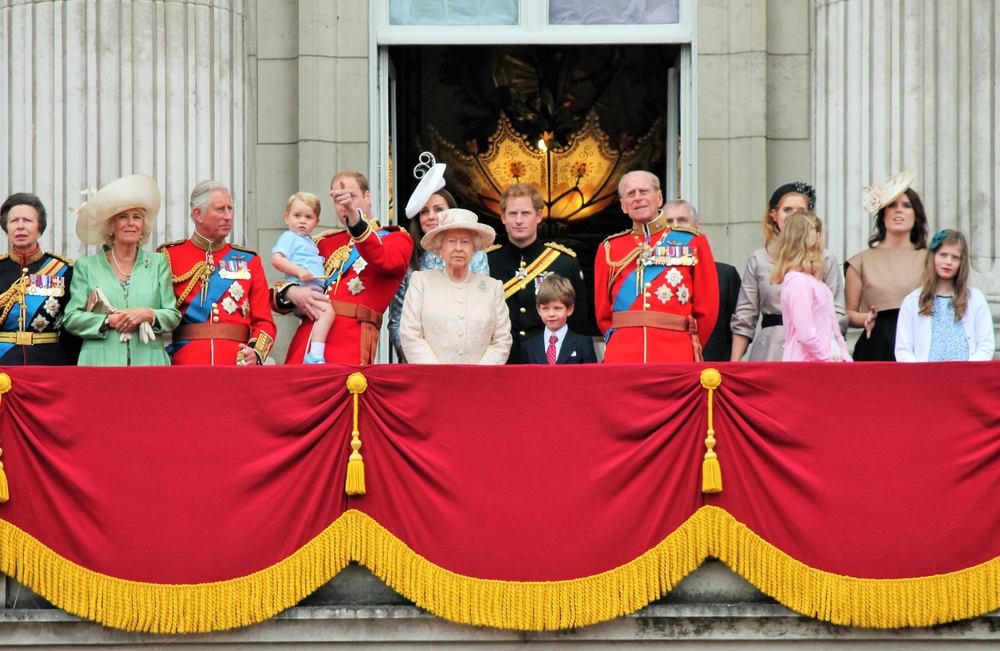 Royal expert Charles Bartholomew reveals why Harry and Meghan are parasitical virtue signalling narcissists who only do things to benefit themselves. Prince Philip is currently in hospital at death’s door, but Harry and Meghan instead choose to go on celebutard chat shows.

“His grandfather is lying in a hospital fighting off an infection, and what does Harry and his parasite odalisque choose to do — talk on a vulgar banal celebrity chat show.

“If he’s not on the buses with a professional obsequious brown noser, Harry is stooping depths so low these days he might as well pick up a mop and start cleaning the diarrhoea littered floor. This disgusting betrayal of the royal family which gave him so much is a true sign that Harry’s character as a person is void of any form of decency, duty or honour.

“Her Majesty, Queen Elizabeth II gave the couple everything when they were in Britain. It was her generosity and kindness that was thrown back in her face in such an uncouth selfish manner by Harry and Meghan. By rejecting the goodness and generosity of the Queen of England, the couple ultimately rejected the British people as well who showed great love towards Harry and Meghan.

“Meghan Markle planned to leave the royal family before marrying Harry, as was clear in her calculating actions just after the marriage paid for by the British taxpayer was completed, and she birthed Harry’s child. Meghan not only used Harry to become a royal Duchess, but she played on the Queen’s goodwill to suddenly announce the couple were leaving for North America citing ‘press intrusion’ as a reason. Funnily enough, as soon as Harry and Meghan landed in North America, all they have been doing since is press related, courting chosen news outlets for their own selfish interests.

“There is nothing about Harry and Meghan that suggests ‘universal duty’, but only ‘selfish interest’ as they courted Netflix, and Spotify for multi-million dollar deals where they would only cheapen the monarchy to that of a celebrity freak show.

“As they fly around in gas guzzling jets all over the place, and ride in gas guzzling SUVs they choose to preach to the masses about ecological matters. Coming from a couple of freeloaders who live in a 16 bathroom McMansion in some grotesquely vulgar Hollywood neighbourhood, absolutely nothing good can be said for these virtue signalling self aggrandizing myopic narcissists.

“Former Prince Harry is a disgrace to the royal family, and has been indoctrinated by a calculating professional grifter who has allegedly birthed other children. Meghan’s lies have permanently damaged the royal family, seeing as she never had any intention of sticking around once she received her titles.

“To prevent further damage to Britain’s monarchy, it is imperative that the Sussex titles are rescinded and given to other royals who are more deserving. What about Sussex as a county? It is apparently served by a Duke and Duchess who live 5,000 miles away with no plans to return to Britain ever again. How can the people of Sussex allow this to happen, and how can the Monarchy allow this outrageous theft to continue?

“As the 99-year-old Duke of Edinburgh lies in his hospital bed, Harry and Meghan flaunt themselves on celebrity chat shows for their own benefit, not one thought is brought upon a senior royal who has dedicated his life to service and duty. Not one mention is made by these two vulgar fame-whores who were only in it for themselves, and everything else was a side show.”