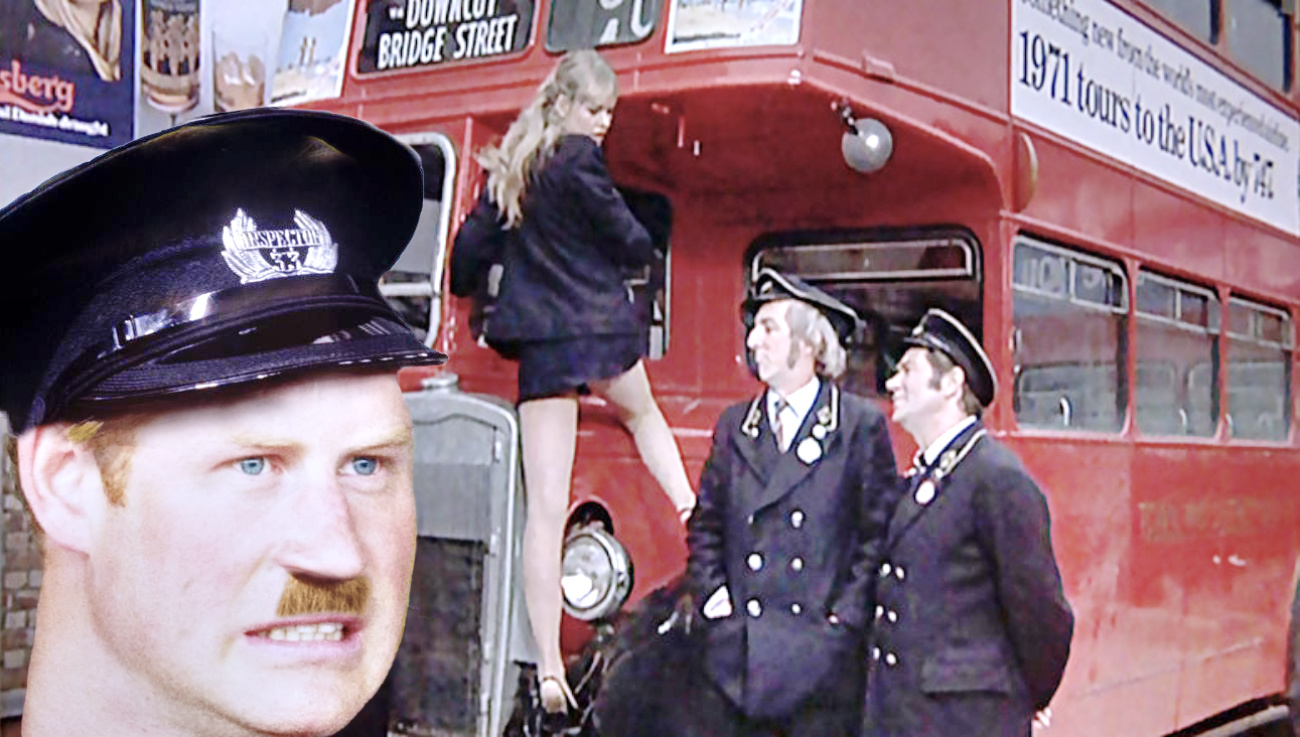 Hollywood celebrity, Harry is to star in the 2021 remake of On the Buses, it has been revealed.

Harry was photographed being paraded around Los Angeles on a double-decker bus, on Thursday, and his Hollywood agent confirmed that the celebrity will start filming in June for the new series.

On the Buses was a series broadcast on ITV from 1969-1973 and is one of the most popular British series of all time.

Harry has been confirmed to be playing Inspector Blake, the interminable nemesis of all bus conductors.

Centred on the Number 11 bus at the Luxton and District Motor Traction Company, driver Stan Butler and his pal Jack Harper get up to some bawdy japes amongst all the mini skirted leggy totty.

Harry’s role however is to be a woke killjoy who ruins everyone’s party with his woke lessons, ridiculed and ignored by everyone.

The new series will be an American bastardization of the British classic and set in Hollywood, Los Angeles. There will be no bawdy or funny postcard humour, just woke Netflix American humourless shite. Welcome to the workin’ class ‘arry, mate!