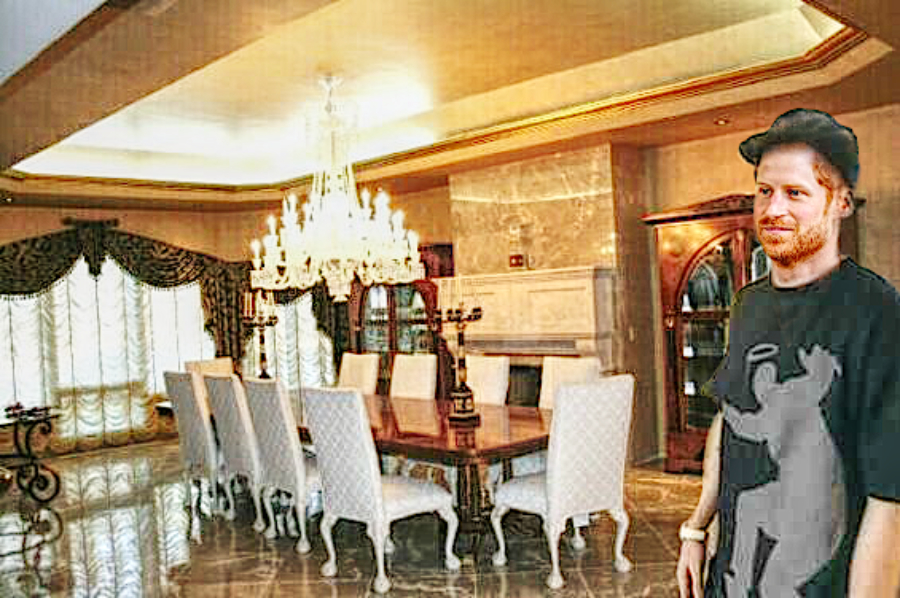 Harry and Meghan are currently scrounging off some low-level token black Hollywood producer Christian fanatic, and the 24 rooms are replete with vulgar furnishings that some pimp from Atlanta would have a hard time dealing with.

“It’s like a pimp palace, fake gold furnishings fake chandeliers and typical hip hop vulgar furniture. You know like you get from some debt ridden rapper on MTV cribs,” a real estate agent revealed.

The property is not only a vulgar turd hole, it is a security nightmare. Backing away from the pool, is a mountainous area where any clued-up terrorist, tabloid photographer or lone sniper could hide out for days without being spotted. 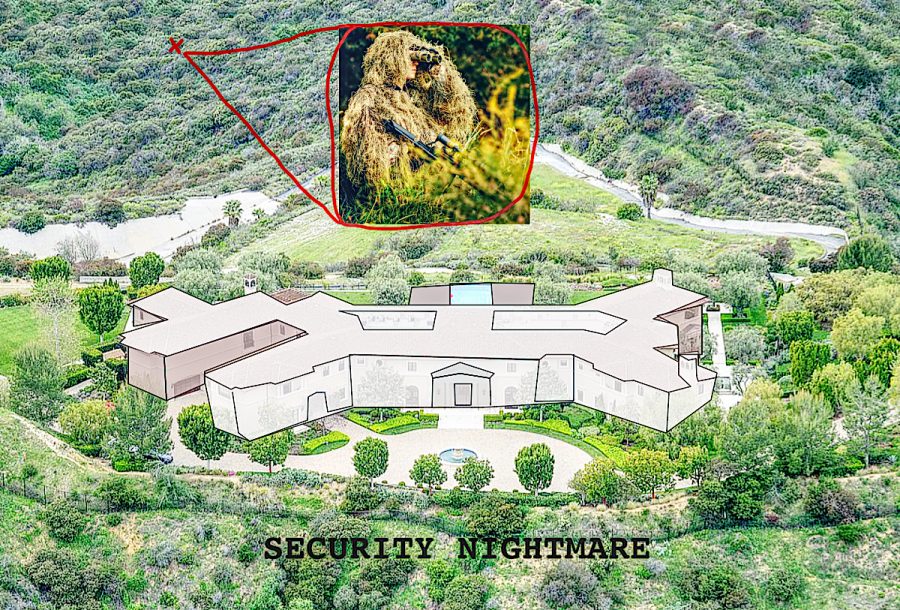 Security expert, Don Goldman, saw a picture of the property and was astounded that someone like Harry, who has royal Windsor blood running through his veins, would agree to be exposed to such a spot.

“The mountainside can hide platoons of paparazzi and terrorists at the same time. Snipers would have a field day, or why not someone with a bazooka? The only place that is guarded is the front of the house and the gate. They are also paying for two security officers, probably just armed with a pistol. It has been reported these security officers are just used to run errands for the couple, sent to get Starbucks all day.”

The supposed virtue signalling eco-couple better not preach about the ice caps melting any time soon after living in this monstrous vast carbon shedding fuck hole.