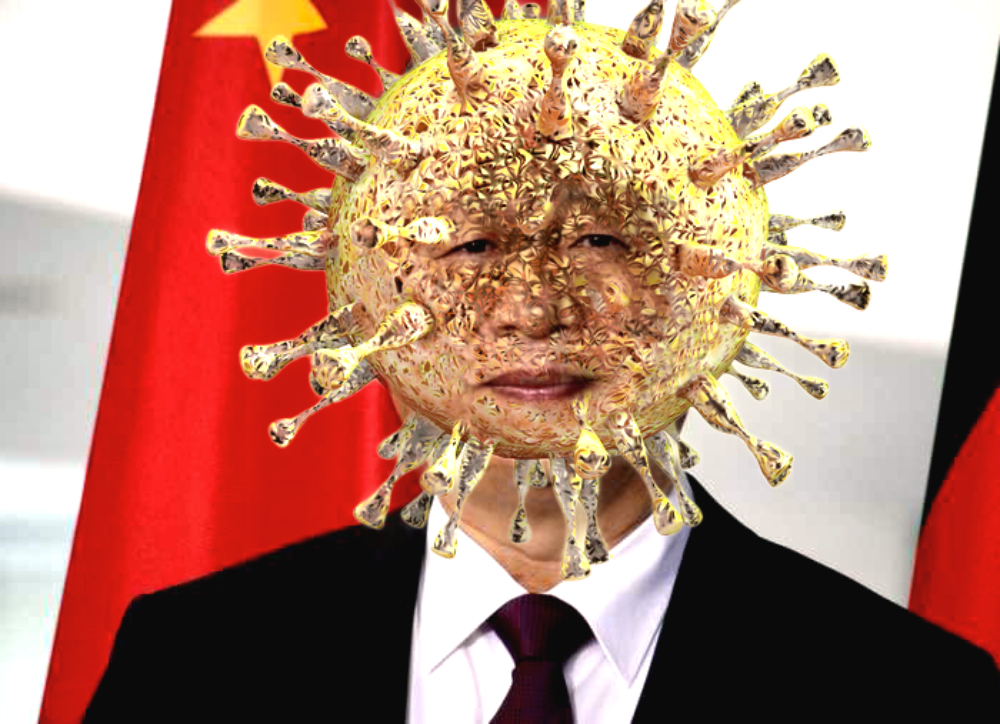 Fat headed Chinese communist President Xi Jinping has furiously denied that the Chinese Virus, Covid-19 came from China in a 30-page, 11,000-word document sent to the US, on Saturday.

The coronavirus which came from Wuhan, China in October 2019 and was suppressed by orders of Xi Jinping according to him did not originate from China.

“The vilus came from da USA or maybe Mars, or Pluto. Arr the doctors and journarists who I ordered to be disappealed cannot testify to this rie that it came from China. All these people ale in mass graves in Wuhan with the hundleds of thousands of others — oops! I feal I have said too much, and I wirr have myself arrested for revearing too much!” the confused shit head president Jinping said jumping around like a jackass.

Some in the Chinese Communist Party fear their commie leader Xi Jinping has lost his little fucking mind, but in fear for their lives from the mad brutal tyrant are keeping schtum.

“He has a big fucking fat head, but a tiny little brain in there,” one Politburo member said before being whisked away to be disappeared.

Just to reiterate the point — the Chinese virus did not come from China..