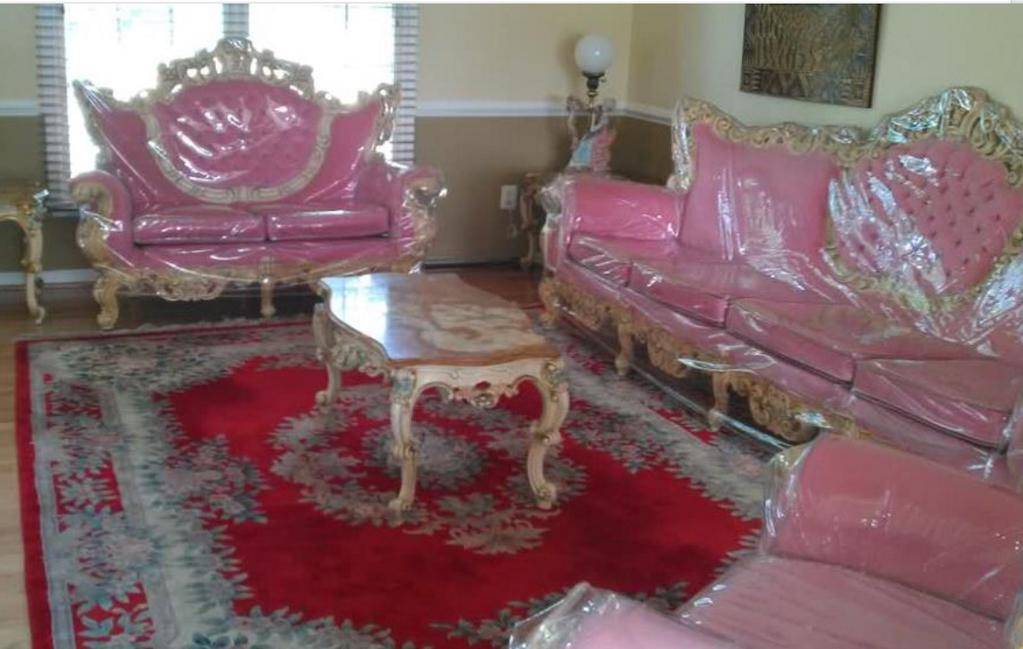 After the UK taxpayer footed a bill of £2.4 million to have Frogmore Cottage, Windsor renovated on orders of Meghan Markle, an invited group reveal the extravagant changes undertaken to accommodate the ‘bling’ duchess.

Immediately, we are all dazzled by the extravagant furnishings that would make a grotesquely vulgar rapper on an episode of ‘Cribs’ blush with embarrassment.

Fifty Cent (Fiddy) would have a hernia just looking at this gold and fake diamond covered shit.

The sofas, gold and pink in colour, shine so much that many reporters have to cover their eyes, and no one is allowed to sit on anything even though the seats are covered in cheap plastic sheeting.

“Unh, unh, none o y’all muffuggas allowed on da couch. I see any o ya niggaz even tryin’ dat shit Imma bust some caps in yo azz!” Latoyshaquanda bellows at the top of her voice.

The paintings on the walls previously were 18th and 17th century masterpieces depicting beautiful English rural scenes but those were thrown out with the rest of the antiques and replaced with garish vulgar portraits of Meghan. There is not one picture of Harry anywhere.

Later, Latoyshaquanda ushers the guests into the newly built bespoke basketball court where Megain brings all her American friends to play. There is a fully stocked bar and fast food joint to the rear. According to servants, Meghan likes to have assorted American delicacies like fried chicken wings sent up to her room on a regular basis as well as tonnes of bananas, chitlins, collard greens, rice and beans, ham hock, corn bread, chicken feet.

The guests were not permitted to view the bedrooms, but the maid lets slip that since the baby was born, poor prince Harry now sleeps in a separate room on his own.

Someone points at a red phone.

“Dat is da phone Meghan dialls da Queen to ax her fo’ mo money! It flashes red when da Queen cawls to tell Meghan she dun somthang wrong agin! Thas when she ignore it!” Latoyshaquanda, reveals giggling to herself.