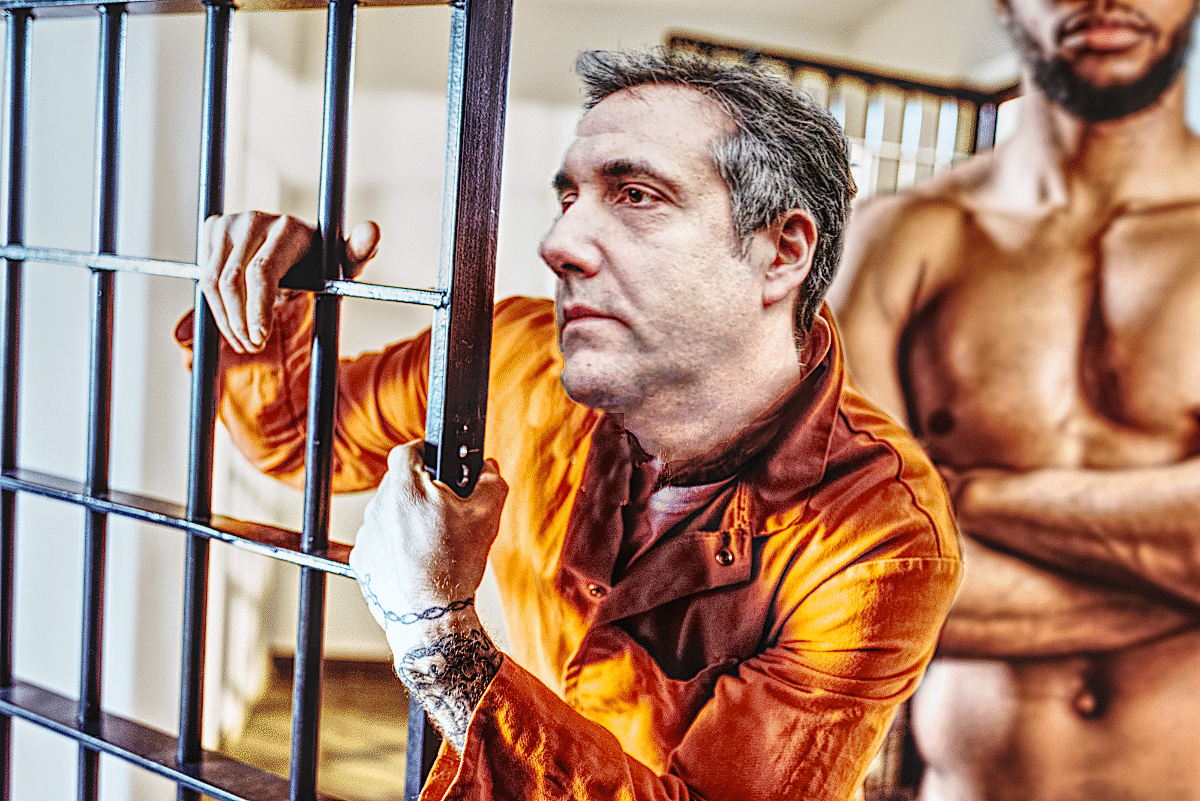 The former lawyer and congressional testimony rat, Michael Cohen has revealed how he is looking forward to things that will happen to him in prison.

“I heard, if you drop the soap in the showers, you get a nice surprise. I wonder what that is, hmm, guess I will have to wait to find out,” an eager Cohen revealed during his testimony on Wednesday.

One thing about inmates is the majority love Trump and no one likes a rat, so how is this going to play out for Michael Cohen?

“I give him a week before he gets whacked. They’re gonna tear that fucker a new a-hole!” a member of the Gambino crime family revealed.

If the former lawyer thinks he is going to get any special protection or treatment in prison, he is definitely living in La La land, because people will pay good money to see Cohen on the end of a stick, and in prison money counts.

“The guards will look the other way if you grease their pockets enough. It’s the unwritten law. Some of us, we live like kings in prison, we get what we want, when we want it. That’s because we have the rep, the contacts and the money. It’s either that or the whole family line goes down, we know every guard in prison, their family, and their extended family,” another crime boss revealed.

Cohen is due to report to federal prison in May. He has been sentenced to serve three years after pleading guilty to campaign finance violations, tax fraud, bank fraud and lying to Congress.

In New York city where Trump has the majority of his business, no real estate venture can ever succeed without the say of the mob, so it is safe to say that Trump has a lot of connections, and they will see to it that his former lawyer rat friend is made an example.

“I give him two weeks before he is shanked,” the Gambino family consigliere betted.