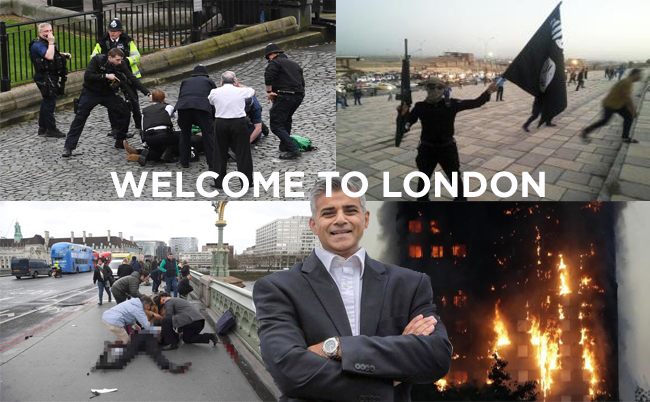 Contrast this with the calmness of a Boris Johnson, Conservative London Mayorship where not one terrorist attack occurred, council tax was kept low, and the capital city was safe, clear from traffic with no major hiccups or disturbances.

“Ever since this chap Sadiq Khan came along I’m actually afraid of doing anything in the capital. We have roaming Jihadis around every corner waiting to strike. We have a road system that is permanently blocked, and we have roadworks everywhere creating chaos. Now we have the tower block blaze where over 100 people were fried alive, what the hell is going on? How much chaos and disorder can this guy bring to the capital city?” an elderly gentleman opined at a bus stop before being violently mugged by a gang of youths.

The record stands, one only has to look at the statistics to see the vast difference from one Mayor to the other. Labour is a party of chaos and disorder, and wherever they go, mayhem follows behind.