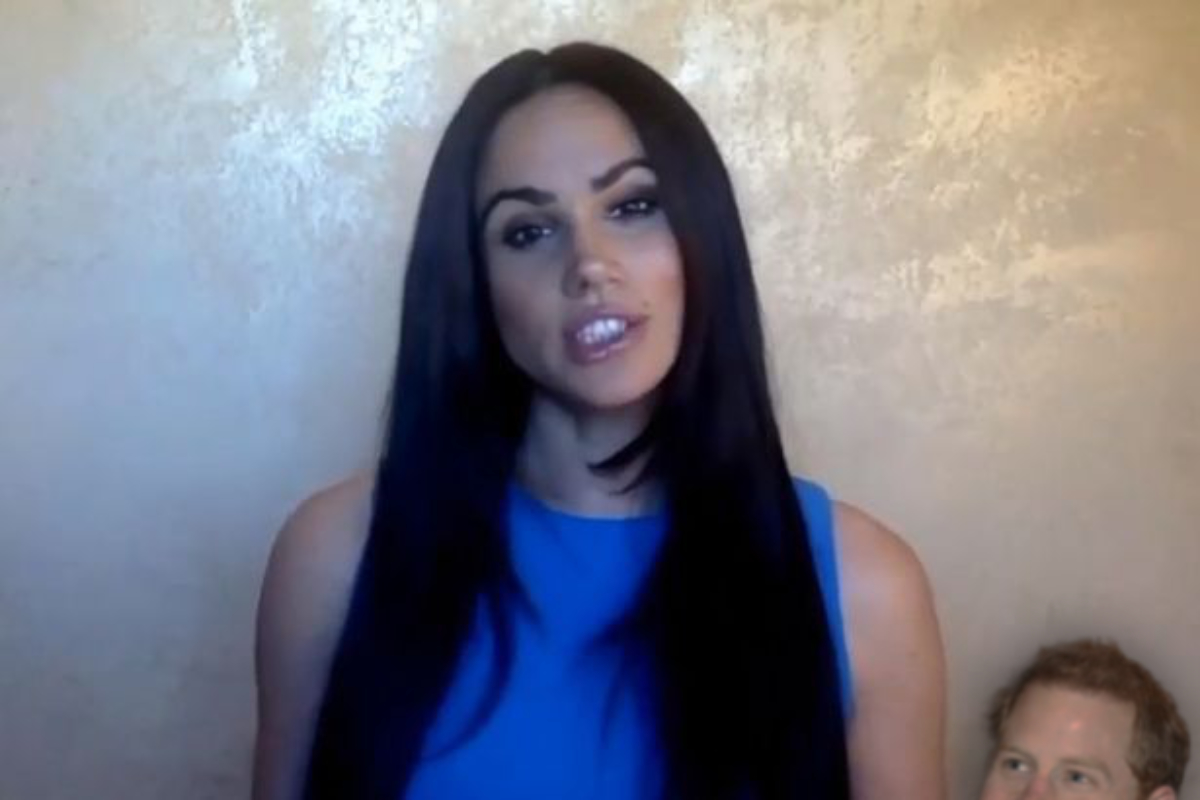 Speaking from the Los Angeles home of some D-list actor, former brief royal, Meghan Markle has literally taken the knives out for the House of Windsor royal family, and vows to bring it to its knees.

The ‘woke’ activist claimed in her speech that the British royal family are quaking in their palaces at the thought of Meghan Markle coming for them.

Meghan Markle and her little boy, Harry, were later seen chugging away on the freeway in their new gas guzzling monstrous 287g/km CO2 polluting, 3.6 tonne, 12mpg, $90,000 Escalade SUV, after lecturing everyone on being eco-conscious.

No one is yet sure on how the vengeful former duchess will bring the House of Windsor down, or the British royal institution which has survived for thousands of years, but many are curious.

It is known that Meghan is ill-educated and can barely write a coherent sentence, therefore if she plans on writing a tell-all book, it will have to be written by actual writers, who will have to decipher her words.

Professor Malcolm McBride, a lecturer in history at Oxford University commented: “Like most BLM activists, Markle has a very poor grasp of history or any form of academic literature. The strange and sinister part of the whole affair is that Meghan is more white than black, and is simply using black people for her own vengeful vindictive agenda against the royal family.”

Meanwhile, Harry, who is truly a lost emasculated soul can only look on and parrot what his domineering wife says.