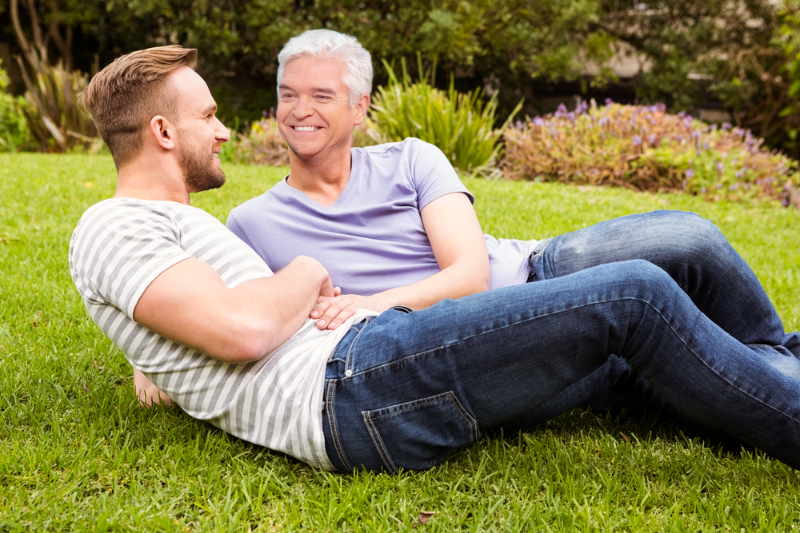 With the jubilant celebratory coming out festival of day-time-tv celebrity, Phillip Schofield, plans are being hatched in Whitehall to encourage and celebrate more closet homosexual celebrities to face up to their years of lying.

“You’d have to be a blind wombat to not realise that Schofield was an uphill gardener, especially his oblivious mannerisms around his co-host Holly Willoughby, a fine piece of totty that would be hard to work with without trying to dip the ol’ wick every two minutes,” one TV viewer quipped from his couch.

Whitehall mandarin, Arbuthnot Pontefract, who is himself a raving queen, and is charmingly nicknamed ‘Gladys’ around the office, has serious plans for celebrity homosexuals.

“We must forget about parading people who show real feats of bravery like saving people from burning buildings, or running through enemy lines and evading capture whilst simultaneously dispatching dozens of soldiers, no! Overpaid celebrities and their pampered lifestyles lived under a lie for decades are the seat of true bravery when they finally come out for whatever reason about their actual sexuality. Modern Western women love it when men come out as gay because it bolsters the feminist agenda to emasculate the male population further.

“I am proposing four days of celebration across Britain when a celebrity comes out as a woofter. They should get a medal at Buckingham Palace from the Queen, then paraded through the streets on an open-top bus, with people cheering from Lands End to John O’Groats.

“Our records show about 94% of Britain’s celebrities are gay, so Britain will be on a permanent state of celebration and partying, honouring the bravery of these wonderful gay celebrities.

“We will celebrate in the schools, on the beaches, and in the saunas.”

Encouraging homosexuality and transgenderism is a major heavily pushed agenda by Western governments, this is why celebrities are encouraged to come out as a pure advertisement to increase the numbers amongst the masses.