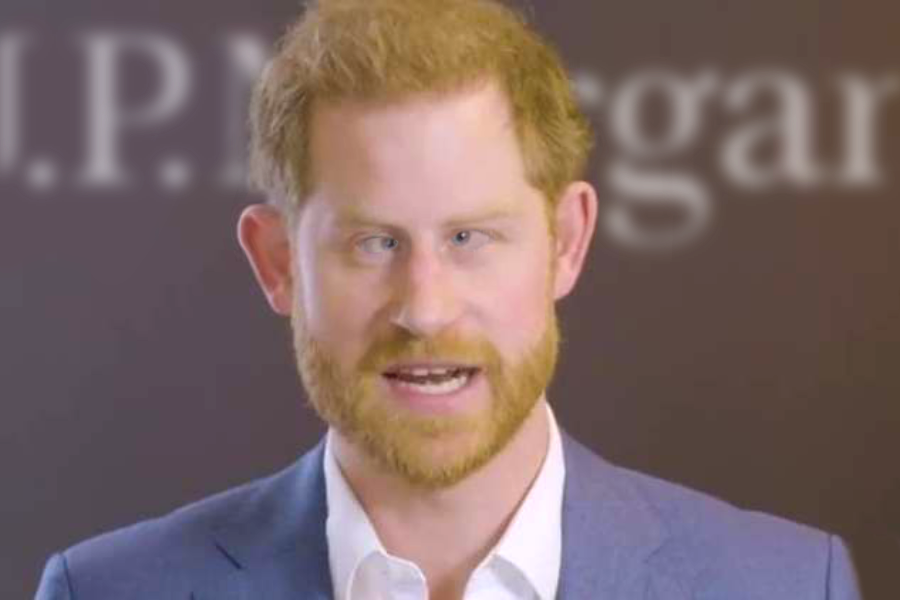 Everyone already knows Harry is in therapy, because he mentions it whenever he gives a speech, but this time, he was paid a massive £775,000 to tell some JP Morgan fat heads that he is receiving therapy for his mental condition.

The former prince, who supposedly left the UK and royal family because of a lack of privacy, went into great detail about his private mental state in front of hundreds of amused bankers. To compound the speech, Harry this time added he is receiving therapy for the loss of his mum, which is a code that extra pity points were now involved. No doubt the loss of any parent is very hard hitting for a child or adult, however, if Harry cared so much, why not forego the £775,000 bank transfer he’s receiving for cashing in on his mum’s name?

Would Harry’s late mummy be proud that one her sons was touting her name around trying to plead sympathy whilst being paid vast sums of cash from some evil banking corporation that would gladly finance land mine fields in distant African lands for profit, and is no doubt a brutal financier to all sorts of unethical global horror for huge profits?

In Harry’s defence, he is being manipulated to tout his morose speeches by his new wife, a calculating schizoid psychopath who was most probably clapping furiously in the audience as her controlled automaton read from his contrived, well-calculated script, as she checked on her iPhone whether the money went through.

Well, in all fairness, Harry has to grease the cogs of his North American trip, so there will be a multitude of these little speeches across the continent touting his miserable mental state of affairs, and the people who pay for these speeches are just as culpable to the former royal’s misery porn polluting the already banal airwaves with even more saccharine maudlin syrup dripping from the fat fingers of JP Morgan executives, as they sit back and watch their stock price rise, smiling slyly at the feeble former royal belching on and on and on about his mental health…