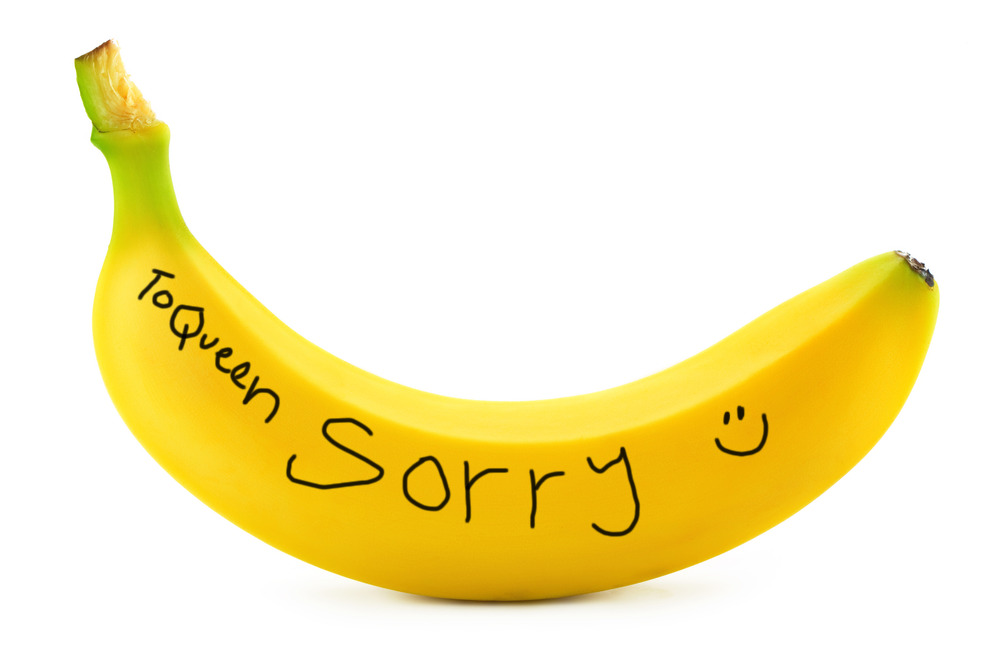 To say sorry for demanding that Harry leaves the royal family and Britain, Meghan Markle sent the Queen a single banana with the word ‘sorry’ written over it in scribbly black ink.

The Duchess of Sussex has sent a final gift to Her Majesty Queen Elizabeth II, which was received at Buckingham Palace this morning, the official palace statement read.

Meghan’s spokeswoman, Meghan Markle, wrote on the Sussex’s Instagram page that the Duchess was accustomed to only sending bananas now to people since a certain public engagement last year.

What the Queen will do with the banana is not known yet.

Meanwhile, there was only abject silence from a miserable Prince Harry on the sensitive matter.