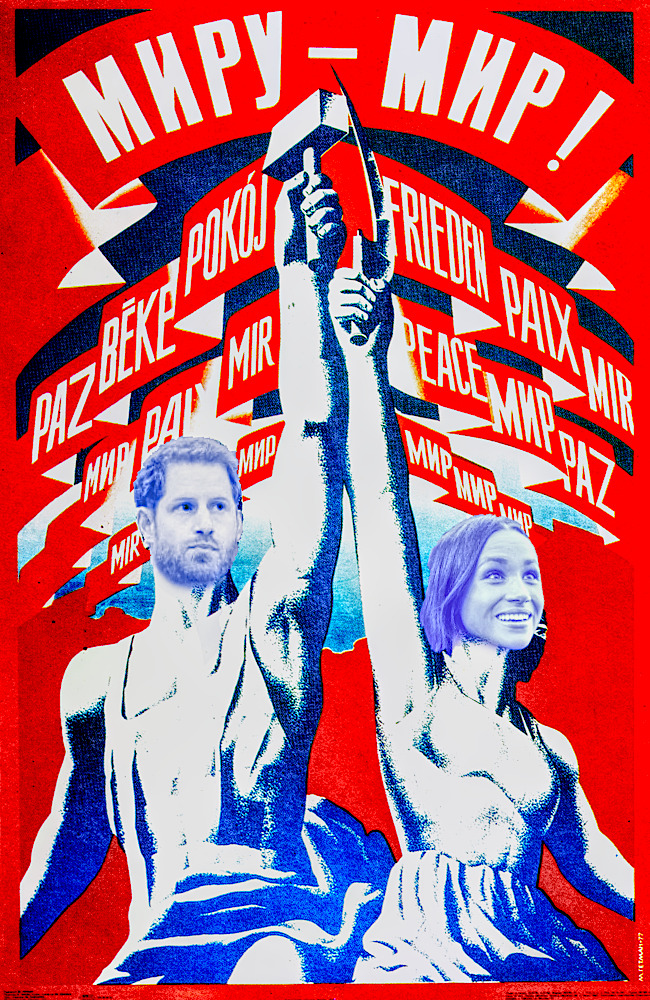 Royal experts have come to the conclusion that Meghan Markle, a devout socialist activist, not only brainwashed Prince Harry but recreated him as some sort of pseudo celebrity champagne socialist Prince of Wokeness.

“Prince Harry is not the most intelligent person, plus he is very gullible, so a cunning person like Meghan Markle uses his easily trusting naive self to run rings around him, as well as everyone else. This sort of schizoid narcissistic behaviour is part of the psychopath trait that inhabits Meghan. She is the master of disguise, and can conjure up any chameleon emotion she wants to get what she wants, the epitome of a Machiavellian manipulator who has caused mass destruction of people around her in her life.

“Narcissists like Meghan Markle do not have a conscience and after they use people for whatever purpose, they are discarded quickly, but not before she has lined up her next targets. The Prince may think he is safe now, but give it another year and Markle will want to move on, because she has completely conquered Harry mentally and physically, there is nothing left for her to use up, and she will get severely bored soon. People like Markle have to have fresh meat to hunt, or they whither away and die.

“The British monarchy is now in grave danger, because they did not vet this person properly before they let her in to the house, and in a short time, Meghan has wreaked havoc upon the Windsors, which may take many years to fix, or it may never be fixed at all. The biggest mistake the Windsors committed was letting a manipulative person like Meghan Markle into the fold.

“Indeed, to understand Meghan Markle, one only has to look at the rest of her life, and how she has treated the people she mercilessly used to get ahead. Her own Markle family, has been destroyed and split, her previous marriages, her previous children and her previous liaisons, all used, then dumped. With the royal family, Meghan, a very sick person, is only repeating the same thing over again, because this is the only way she knows how to behave, it is an eternal circle of abuse and destruction.”