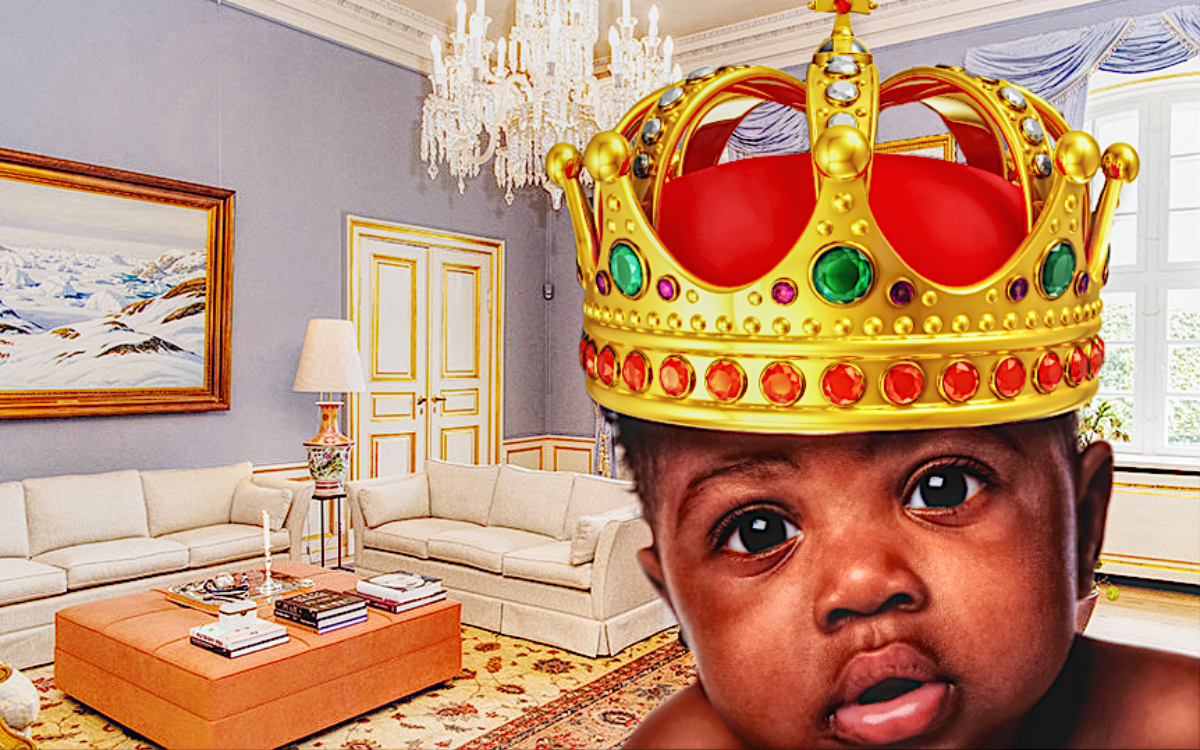 Pushy Duchess Meghan, now dubbed ‘Me-Gain’ by palace staff, has taken over naming the due baby and has banned hen pecked Prince Harry from suggesting any names himself. To accentuate the diversity being brought into the previously pure Windsor bloodline, Meghan is choosing an African American name for the baby.

It was a toss up of Waquanisha, LaShonda, LaShaniquanda, Dolce Gabbana, for a girl or TrayvonShaun, TreQuandico, ShaunQuan for a boy. Instead, Meghan is settling for a simpler more regal Leroy or Wakanda for their upcoming baby.

Palace officials are keen to stress that the African American names chosen are strictly not to assert the African roots of the new baby but to gently introduce the Windsors to a taste of diversity.

In the spirit of Trading Places, palace courtiers have already started gluing down furniture and priceless imperial artefacts acquired over centuries of British Empire rule to surfaces inside the cottage where the couple will be staying in anticipation of the birth.

The royal couple however are disgusted at the ‘nasty’ gossip on social media sites and wish to set the story straight with another multi-million pound PR offensive to silence the trolls.