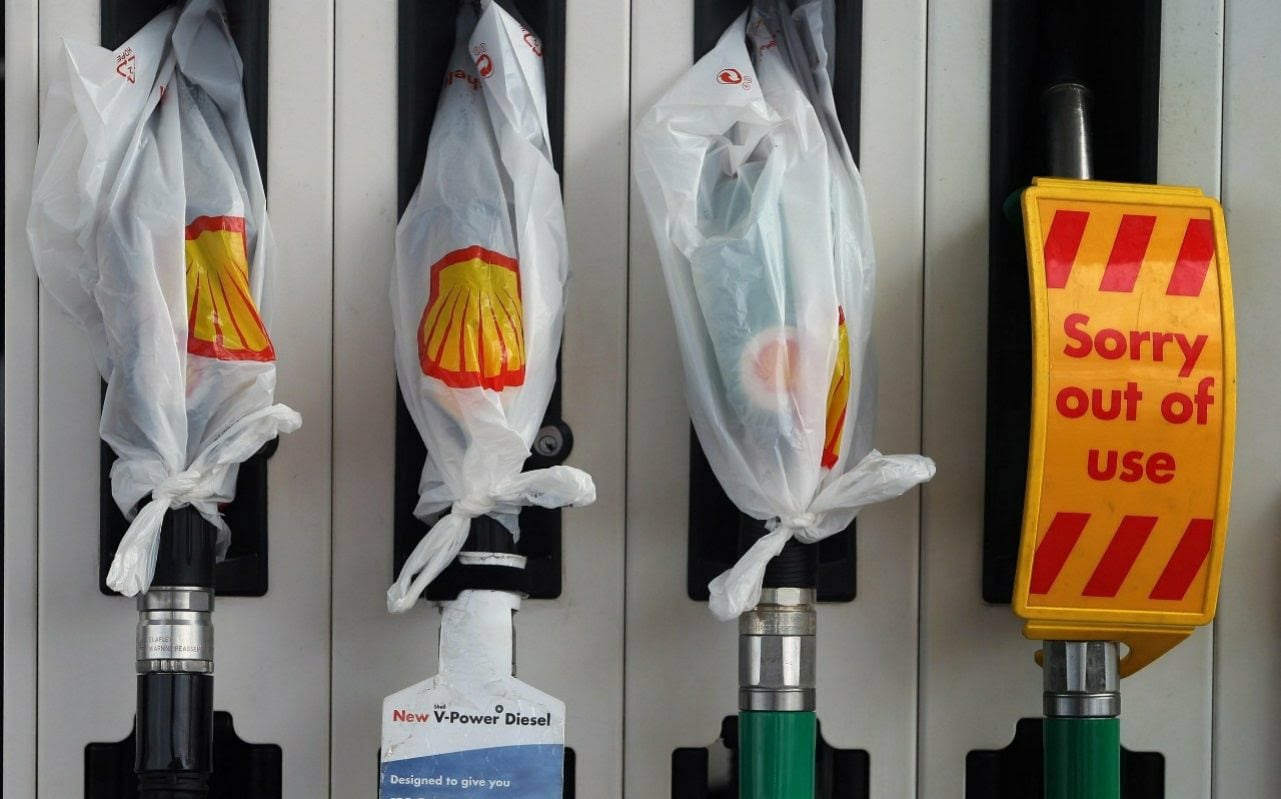 Motorists should start queuing for petrol today after Theresa May has blocked Brexit on March 29 as was promised in the Conservative manifesto and Article 50.

Major road arteries will be blocked in the next few days/weeks which will include petrol forecourts and maybe even refineries.

Already some petrol stations are putting their prices up to compensate for the fuel rush that will take place.

The peaceful drive-slows and blockades will no doubt cause traffic disruption and many will not be able to conduct their daily business or go to work.

If you use a motor vehicle it is thus in your best interests to fill your tanks right now before you are left short and the queues extend for miles.

Many peaceful Brexiteer protesters who are angry at the removal of democracy by reneging on the result of the EU referendum in 2016, are now fighting for democracy to return to the UK.

This action is not just about Brexit but also about the destruction of democracy in the UK. If the vote does not count anymore, what does?

The group is urging everyone who is disgusted at the Brexit betrayal to participate, so if you live close to any of the motorways mentioned, get some food together, maybe a portable toilet, some blankets, and prepare to protest.

It is not known how many days or weeks the protest could go on for, however there are preparations for blockades to last for over two or three months if necessary. This would cause massive disruption to the main road networks across Britain.