Brexit was not just about leaving the EU, it was also about our democracy and governance, and our sovereignty to make our own laws to not be dictated to by a foreign power.

What we have witnessed in parliament during the last three years of attempted-Brexit, are the machinations of rogue MPs aligned with the EU, and a PM who is an EU apologist, effectively halting the democratic process, and reneging on earlier promises and pledges made to honour the largest democratic vote in British history, the EU Referendum, which took place in 2016.

There is no question that there is little or no democracy in the functioning of the EU. Most of the officials are unelected, instead appointed from within the ranks. The EU Commission which functions secretly much like a Central Committee in a communist state dictates everything that happens and is never questioned or held accountable.

Many Europeans do not even know who is making their laws, and cannot even name one official. Such is the clandestine operation of the EU that many disappear suddenly without a trace within the EU state if they ever try to incorporate or mention democracy.

The EU state is also run primarily by former members of the East German government, as was Merkel in her youth, and when the Berlin wall fell in 1989, much of the former East German operatives including valuable assets in the Stasi were assimilated into the EU. These staunch former soviet communists are the ones who now dictate policy and legislation in the EU today and detest democracy. 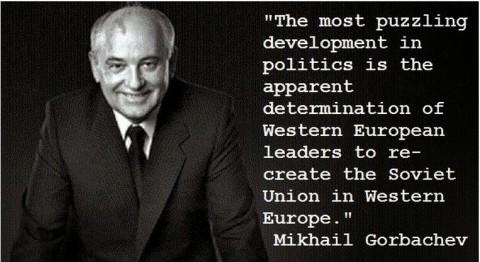 The British parliament has shown to have many operatives on the EU payroll as MPs, and this has been very evident by the Brexit vote. As soon as the vote result was announced, these operatives aligned with the EU soviet state broke into action, and have not ceased since until their job of reversing democracy is fulfilled. These EU operatives disguised as British MPs detest democracy and the concept of sovereignty for Britain, and instead want the UK to be permanently governed by the EU soviet construct, but there are other variables at play also, these MPs are bolstered monetarily by the EU and are paid off EU operatives working to subvert any thought of leaving.

Britain is therefore a country that has been integrated and capitulated of democracy for over 40 years now by the EU and this is why Brexit will probably not occur anytime soon.

The UK, economically, is crucial to the operations of the EU as a primary cash cow source to fund the Greek debt crisis cash black hole, Spanish and Italian debt, and to fund the poorest countries within the super state like Romania and Bulgaria.

The Brexit process has not only shown the level of brainwashing of the British public over 40 years of rule, but it has exposed the soviet EU operatives working in parliament as MPs and Lords. This infiltration extends to the entire UK Civil Service, the Treasury, and all other departments in government today.

With these forces working in tandem with each other, it would take a series of processes to extricate Britain from the EU and that would be either someone in parliament seizing power from Theresa May and purging parliament and governmental departments of their EU operatives, or by a popular movement taking over and purging from there.

In both cases stated above, there would be little chance of success because the EU operatives within the British government are all pervasive and all encompassing.

In conclusion, Britain needs a fucking miracle to exit the EU, and will probably never happen. It’s a sad fact that the level of infiltration has been shown during the last three years to be at such a high level that it would need a dedicated army of people who value democracy to fix things, of which there are not the numbers currently.

Britain will be assimilated fully into the EU superstate within the next decade, it will lose its currency, and will be forced to join the EU army in its actions against Russia, the British royal family will be allowed to exist but have their funding reduced considerably by the EU central office. This military action against Russia will begin in the Ukraine, and will escalate further into Russian territory. It is the aspiration of the EU to incorporate former soviet countries into its playbook, as well as dump NATO. The EU will ultimately be an adversary of the United States economically and militarily.