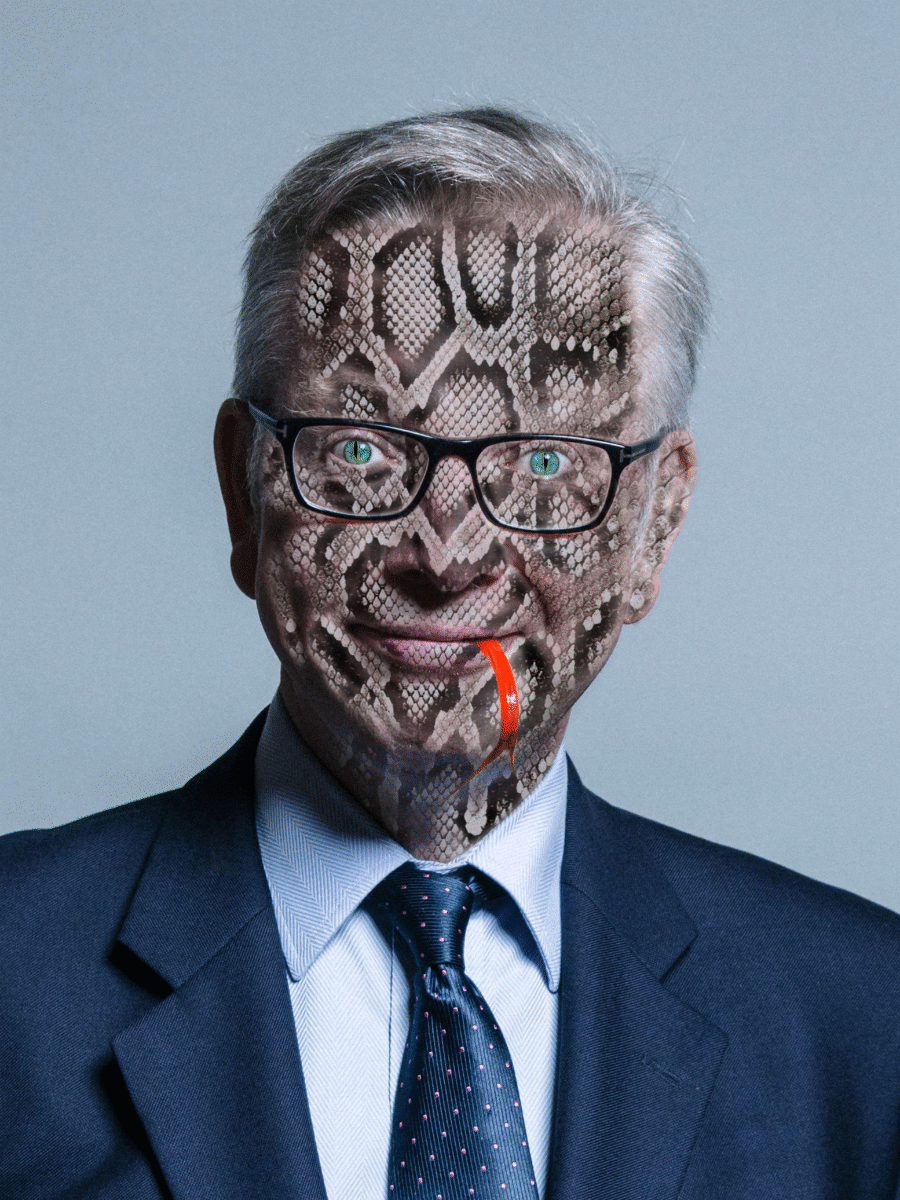 Firmly standing behind Mrs May, the Machiavellian snake tongue of Michael Gove is now twitching and sniffing the air with excitement.

“He’s waiting in the grass, his beady eyes watching for that particular millisecond to strike. His target is of course the woman he has gushingly praised with his fake praise, he will snap at her neck and deposit his venom deep into her veins, before devouring her whole,” a parliamentary watcher revealed.

Gove did not fall on his sword like Boris Johnson for a very good reason, he has no principles when gaining power. Brexit was just a big charade, and will never happen, and he knew it all along.

Already, the March 29 deadline which was agreed by parliament as an exit if a no deal scenario was reached and was entrenched in Article 50 by law has been capitulated. This is a failure by Theresa May and will resound in her legacy of failure throughout history. Gove is counting on time to reveal some of this mess created by May’s intransigence.

Michael Gove, a snake who does not feel pity, or shame, or anything apart from the need for the acquisition of power is now close to the prize, he slithers, he smells and tastes the blood of his prey.

She will ask him afterwards. Why did he bite her? It is my nature, I am a snake, you fucking stupid idiot. This is what I do! Now excuse me while I give one of my fake speeches, in which I espouse how I stand for nothing, and am in it only for the rise to the highest power. I don’t care a fig whether Brexit exists or not. Never did, never will.