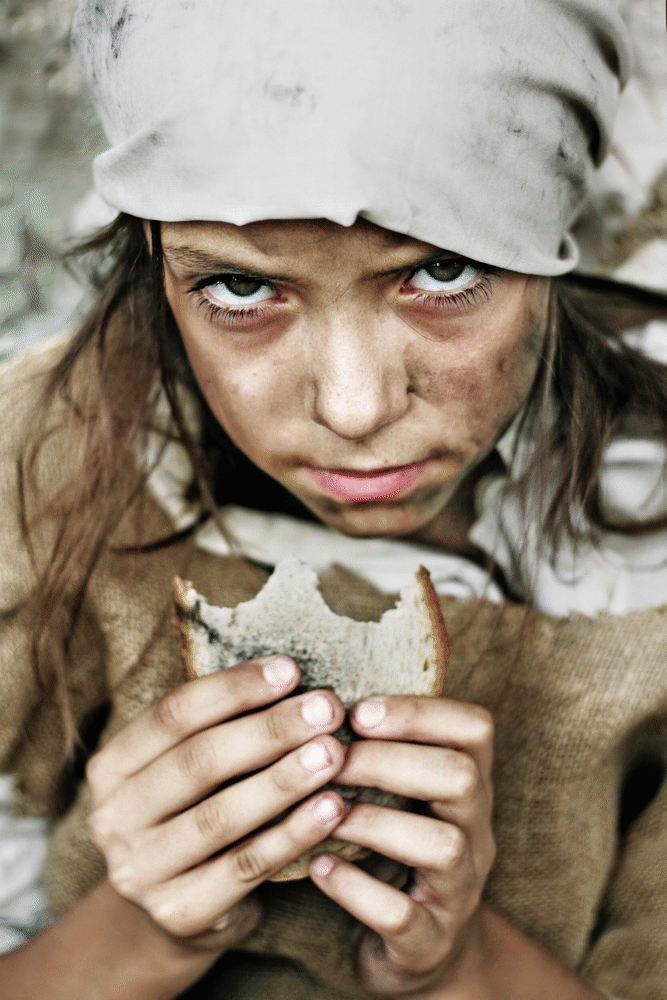 As an ambassador to global warming and poverty, Meghan Markle, who has become the Duchess of Sussex, flew to New York this week in private jets spouting vast amounts of carbon emissions into the already dying atmosphere at a cost of hundreds of thousands of dollars.

Jinny, 12, who lived with her homeless mother after travelling to the city from Nebraska, was sitting outside the hotel when Meghan breezed by.

“It’s so cold at night so I found a hot air vent. Then I saw Meghan coming out of the hotel. I hadn’t eaten for five days, but out of the kindness of her heart she threw a piece of bread on the floor in front of me. She even signed it with her name with a big black sharpie pen. I was delighted. At first, I thought I should keep it as a memento, but my hunger got the best of me.”

Since returning to Britain after the trip on another private jet costing $240,000, Meghan has heard the little girl died after succumbing to the brutal cold weather in New York.

“At least she got to eat one of Amal’s home baking delights. The bread is to die for,” the duchess commented afterwards from her luxurious cottage which she shares with prince Harry.