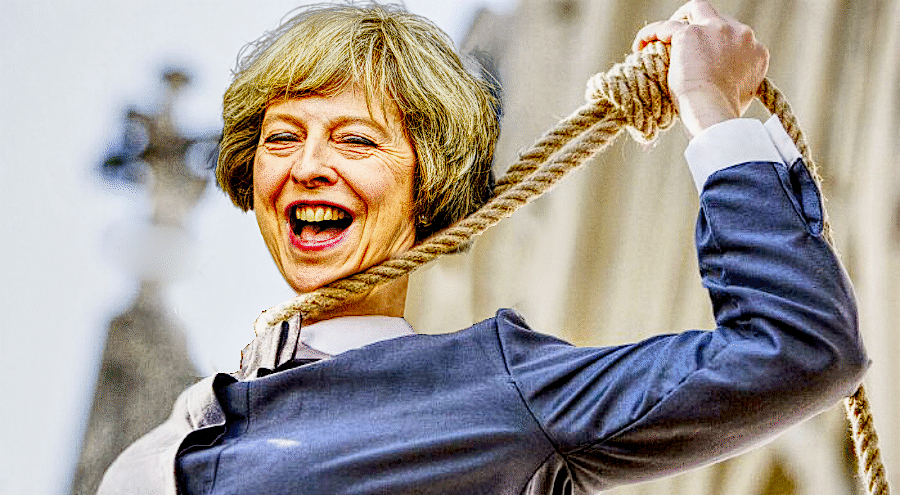 “She slipped the noose around her neck, laughing with gusto, and jumped off the bucket. The sound of her neck cracking was a delightful emotive moment in Brexit history. Much to the satisfaction of her senior aide, she went quickly and only quivered for six minutes,” a doctor who arrived four hours after her hanging revealed.

Despite protestations from her closest ally, Jean Claude Juncker, Mrs May was not given a state funeral but was interred in an unmarked grave somewhere inside a cheap cardboard box coffin at an undisclosed location.

“We deliberately gave her a cheap send off because frankly in life, she was cheap, her only extravagance being those ghastly shoes she wore. We gave those to a charity in Africa, and should be somewhere in the Congo by now,” Ralph Goodman, the PM’s former press secretary announced.

Outside Downing street after the news had filtered through, street peddlers were already selling souvenir items to American tourists with Theresa May dolls hanging from a rope for £7.99 a piece and speciality mouldy jam at £15 a jar.

Suicide is usually a terrible thing, but in this case, many agreed, it was fully justified.