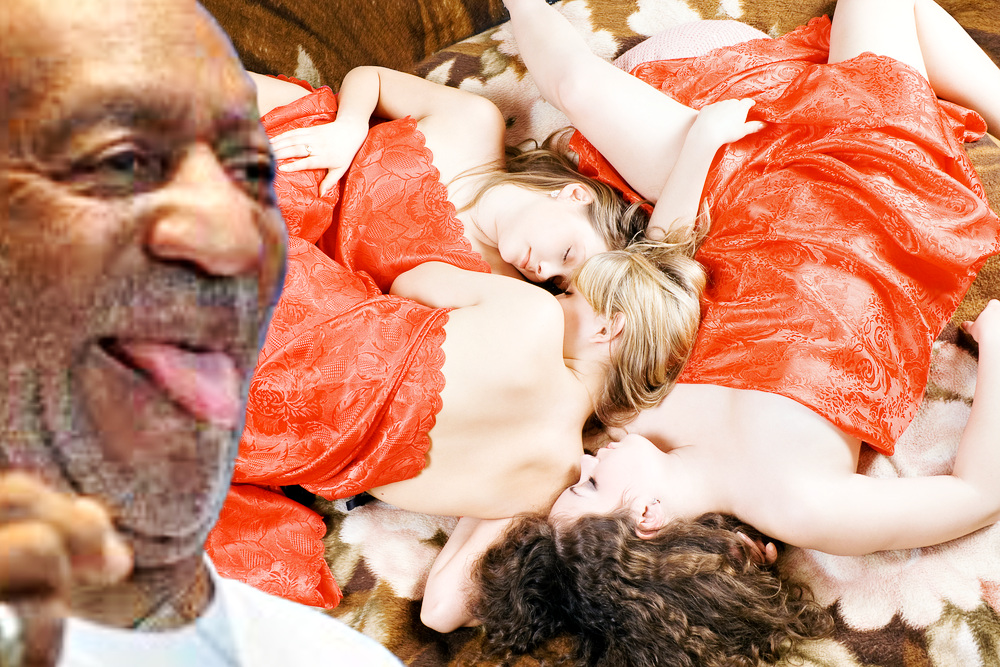 As soon as Bill Cosby was released from prison, he hastily arranged an alleged Rohypnol party to celebrate his release, one of his helpers reveals.

“My job was to arrange some girls to come around, telling them they were going to meet the world-famous Bill Cosby and there was nothing to worry about. Bill said he would sort the drinks out but ordered me to buy five boxes of Rohypnol beforehand,” the man revealed.

Cosby then came into the room carrying many drinks on a tray, and invited all the young women to drink up.

“While they were all drinking up the free booze, Cosby was licking his lips, smacking away like a deranged hippo. He then came up to me and told me it was my time to get lost. He handed me a bundle of cash. Just as I was leaving, I kept hearing thuds on the floor. That’s when it hit me, I now knew what was going on for sure. Then I heard Bill say ‘I been dreaming about this every night in jail, c’mon honey, go to sleep, aaaaaaah!’ and that’s the last thing I heard before retiring to my quarters,” the helper revealed.

“The next day, I asked if everything was okay? What about the girls and his wife? He told me his wife was clueless, and only hung around for the money. As for the girls, they were put in taxis and sent home. They did not remember a thing. They just walked a little funny, that’s all.”

It’s a good thing the American justice system is as corrupt as it is.