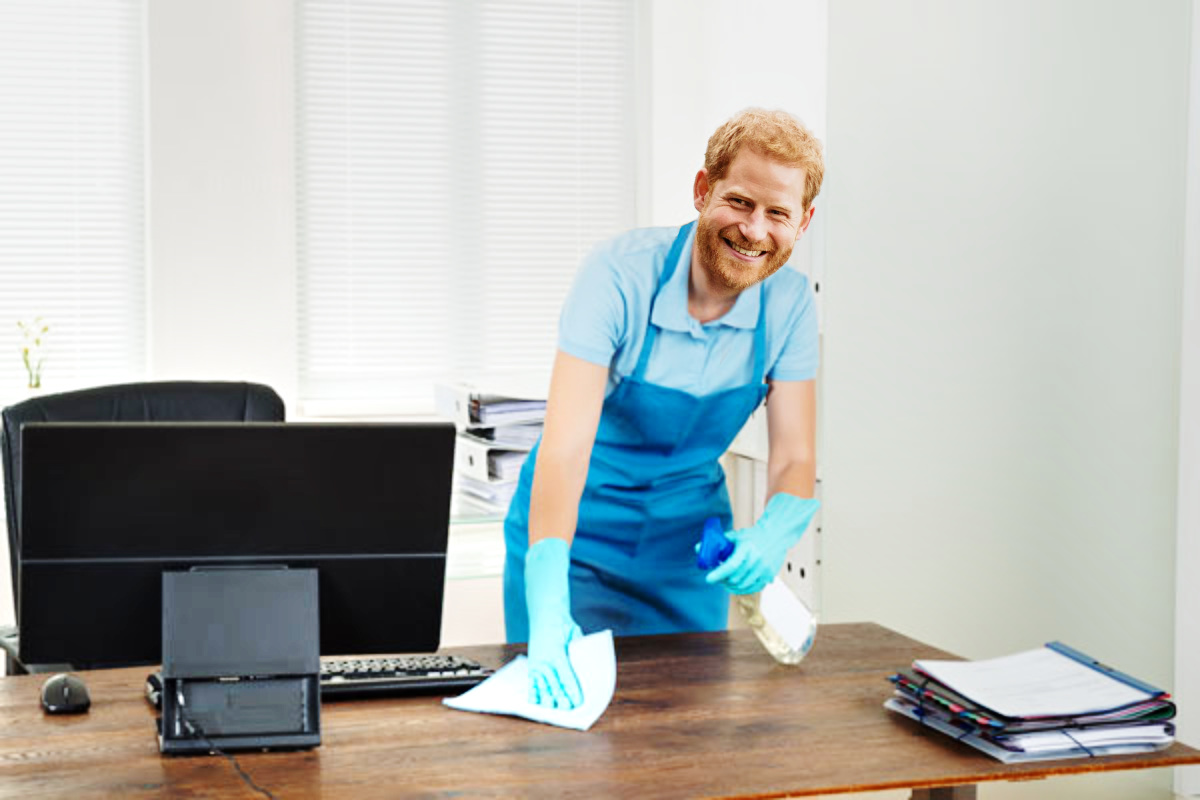 Shameful Harry now has to answer to a CEO with his new job in Silicon Valley.

Imagine a monarch having to kowtow to a boss, someone with supreme royal blood scuttling around some ‘trendy’ office space to hand his boss pieces of paper, or maybe shooting off to the photocopier to do some bulk copying. This latest disgrace is an affront to the British Royal family who would never stoop so low to be some sort of errand boy in an office bowing to some frat kid CEO, let alone a mere American.

“Well, he’s used to being a subordinate to Meghan, so some other American brat is not any different. Basically Harry has now been reduced to the level of an office worker, and for a monarch to go so low is a disgraceful act. Harry has betrayed his monarch aristocratic class, and not only that, over shared. His TV interviews have revealed too much private stuff that in the higher echelons is a definite crime. What’s he going to do next, sweep the fucking floors?” one royal commentator quipped about the whole sorry affair.

If it’s not begging Disney CEOs for employment for his parasite wife, it’s spilling royal secrets to American talk show hosts, and now the final indignity on the spoiled cake, a job in a fucking office.

The ride down from royalty is indeed precipitous.