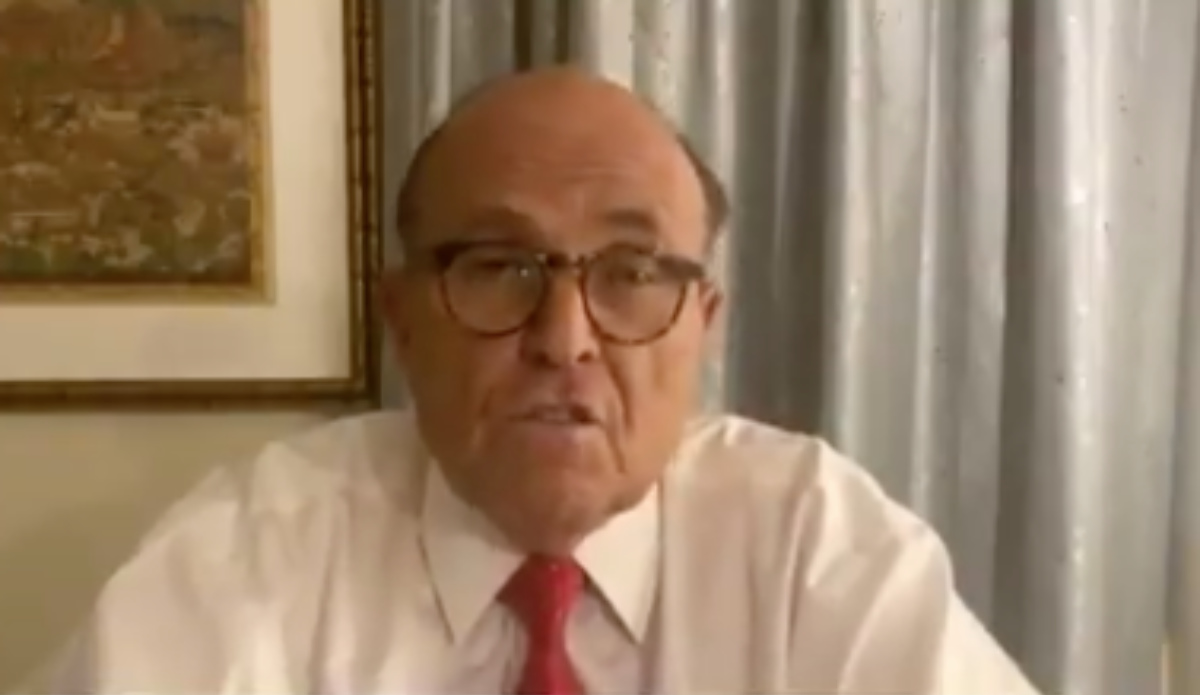 The chief defence lawyer for Donald Trump’s attempt at reclawing back the stolen election has revealed today that over 632,000 Biden votes will be deleted as fraudulent votes, thus affording a smooth transition for Trump as President of the United States of America in January.

The Daily Squib revealed back in September that the people who run the counting machines are part of a complex operation financed by billionaire financier Michael Bloomberg, and his operation called Hawkfish. Financier, Richard Blum is also heavily involved, who so happens to be the husband of United States Senator Dianne Feinstein.

Former NYC Mayor, Giuliani reveals some even more interesting facts like the votes are sent by the machines to Spain, and all records kept in servers there only accessed by a private company. The company that owns the Dominion company was started by intermediatory company Smartmatic, and Indra Sistemas utilised by Hugo Chavez in Venezuela in 2003, and is now controlled by Maduro.

Further interesting facts about the Dominion software company: Nancy Pelosi and the Clinton Foundation also have large stakes in the company, as does the Soros funded Open Society activist group.

Election Fraud: @RudyGiuliani says he has uncovered enough unlawful ballots in Pennsylvania and Michigan to turn the election in favor of @realDonaldTrump. #MAGA #AmericaFirst #Dobbs pic.twitter.com/VMzMNvzffs

Naturally, all news organisations and official bodies are completely ignoring these allegations, and continuing with the premise that Biden won the election falsely, however the only thing stopping the fight is if Trump himself gives up as these nefarious groups are urging him to do. If Trump gives up, he will not only lose face completely amongst his supporters, but he will also be forever labelled as a coward.

No Retreat No Surrender!