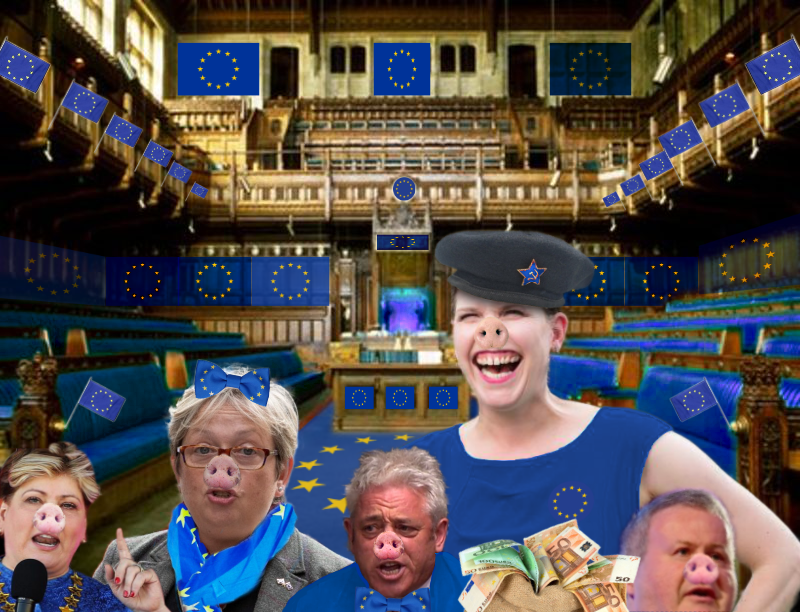 Welcome to a carrion parliament, where death reeks across the corrupt dishonourable swine inhabiting the seats waving their EU flags, and pocketing their EU bribes, these vile creatures will stoop to any indecent act to stop the vote of the EU Referendum ever being honoured.

These suppurating pustules, corrupt to the core, not fit for purpose, with their dereliction of duty to the voter, have somehow weaselled their way in to their positions and are running scared of any election which would mean they would lose their lucrative positions.

Cowards, all muck deep in the EU trough, shout with hysterical rage at any decency or attempt to honour the people’s vote. Vile cunt creatures who abhor democracy, who despise the voter, who only spew disgust at the concept of freedom, futue te ipsum, rot in your own cowardly shadows.

Most of these putrid vehicles of fetid sewage ensconced opposite the government benches, as well as the quislings daring to sit in the government side, are on the take, or vying for lucrative positions in the Soviet EU. Maybe they will be given positions within the EU Politburo, or made a Commissar with the extensive benefits that come with that particular position.

One can only wish a pox upon these faecal remainer atrocities, who will one day have their scrawny necks rung by the voters awaiting with bated breath their unelection ceremony.