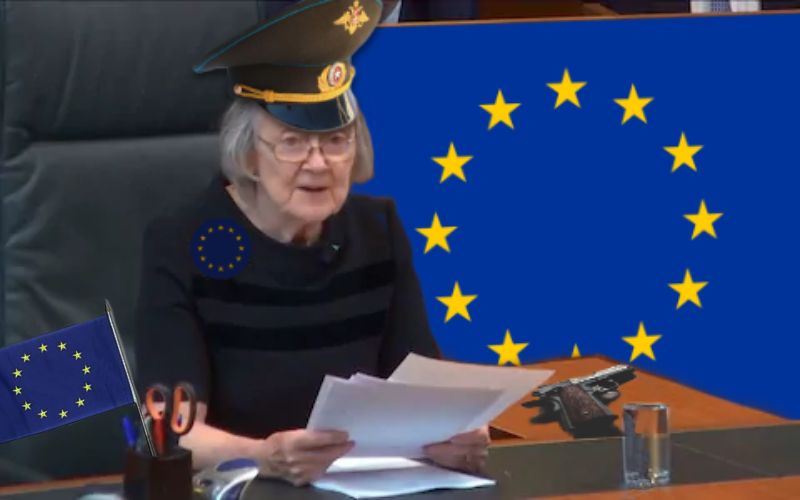 The case brought to the court by a Guyanese Indian woman, Gina Nadira Singh, was hailed by the assembled EU appointed court justices.

“I hereby rule that it is now illegal for anyone to be British in Britain,” Judge Baroness Fale, announced after a three minute judgement.

Euro lawyers all clapped in unison, and cheered as the judges gave their verdict to the crowded court.

What does the ruling mean?

Amongst the myriad of EU regulations and laws that former Britons will have to obey, will be directives that will require every household to fly an EU flag outside their property. It will be illegal to proclaim yourself as British, and this will be policed by immediate arrest warrants to anyone daring to call themselves by the forbidden national word.

EU Directive – 14335-d1 – Democracy will be illegal within the Vichy territory of SEKTOR 28, formerly known as Britain.

It will also be illegal to even mention the word Brexit, simply because within the Federal EU, freedom and democracy are illegal.

All EU citizens within the former Britain will also be required to serve in the EU army, and sent to the Russian front. Children will be enrolled forcibly into the EU-Jugend and once reaching the age of fifteen sent to the front to have their legs blown off by Russian artillery.

There will be intermittent surprise inspections from Brussels Politburo Agents to see if EU operatives working in the EU House of Commons and courts are conducting EU directives within the Vichy territory in a satisfactory Soviet manner.