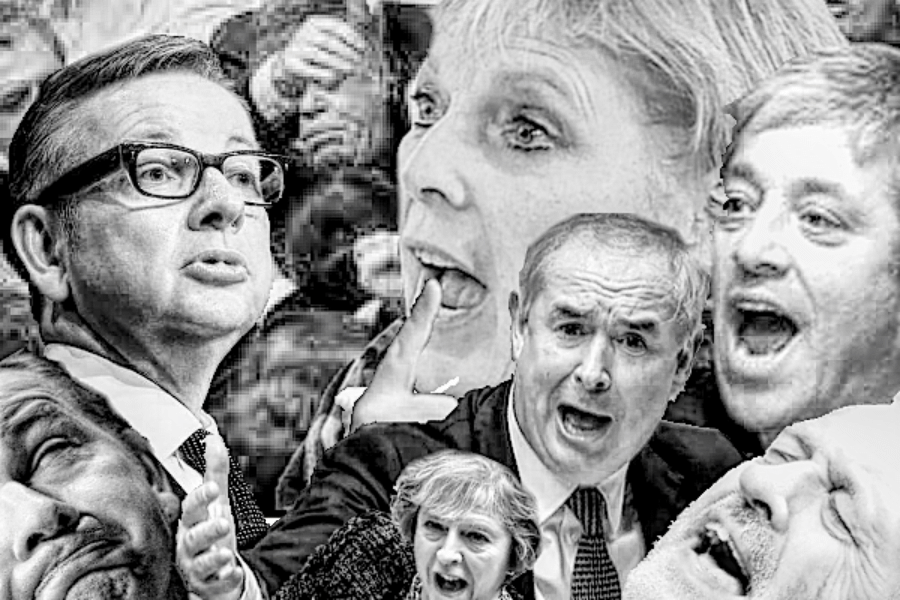 Leaving all those EU agencies is what Brexit is, and has always been. Anything other than that is not a Brexit.

The powers that be, then renamed Brexit as ‘No Deal’. This was the first step in killing off Brexit, because their version of Brexit is one that involves staying in the EU, which is NOT Brexit in any way or fashion.

By naming Brexit as ‘No Deal’ the clever people who control everything have made Brexit into a negative purely in linguistic terms, and have made ‘No Deal’ seem like the worst possible scenario to encounter, when in fact it was what 17.4 million people voted for in the EU Referendum.

Once the controlling faction had re-named Brexit as ‘No Deal’ they then went and cancelled it in parliament with a series of Bills passed by Remainer MPs, and circumnavigated democracy in one fell swoop, bypassing the will of the people by a small coterie of anti-democrat MPs.

We have always called their ‘No Deal’ a ‘Real Brexit’ or ‘Clean Brexit’ and have not capitulated to their underhand malevolent tactics.

Now that Theresa May has effectively abandoned her own party to join with Labour in engineering a complete EU Remainer deal that is not a Brexit, they have the gall to call it a Brexit, but it is not in any way a Brexit. Staying in a Customs Union and being subject to EU regulations and law is not a Brexit but is treachery on behalf of the PM.

Brexit means leaving all EU institutions, and anything other than that is NOT a Brexit. How about thinking about that Michael Gove you treasonous Scottish snake?