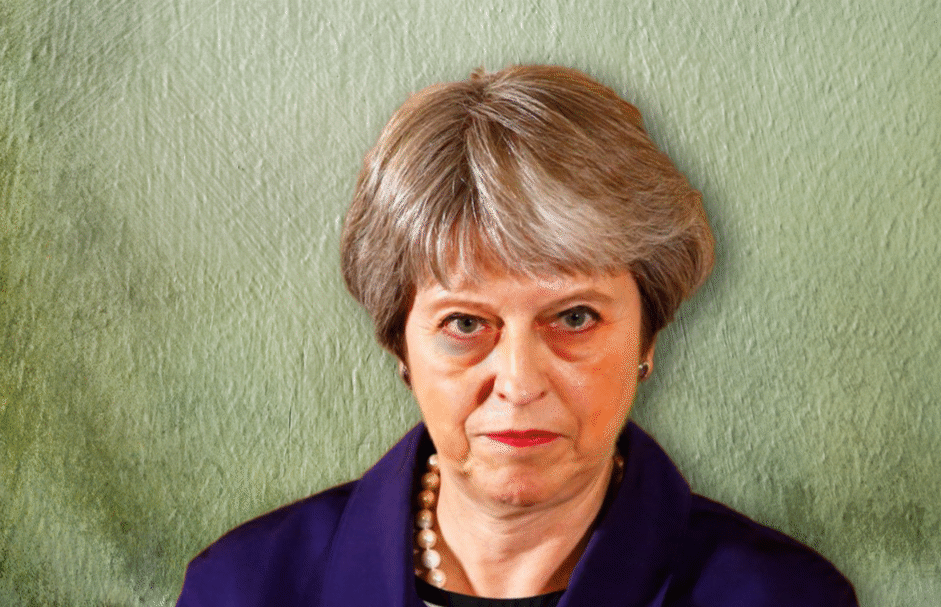 To see a desperate Theresa May in Brussels today was a sad sight to behold. What has happened to this once great, proud nation to see the Prime Minister grovelling on her knees to Brussels bureaucrats?

“I felt some vomit coming up when I saw Theresa May with this desperate forlorn look on her face. She was completely alone whilst the EU bosses all looked at her with pity and derision. Her begging face was out. I just wanted to go over to her and kick her in the shins really hard. It was a disgusting, repulsive view of someone so profoundly weak that it brought on nausea. Thatcher would never have done this. She would have told the lot of them to ‘eff off!’,” a stunned British onlooker revealed.

Is the PM stupid? Anyone with any logic would have known that her Brexit in Name Only would never be accepted by parliament because it goes against every concept that was voted for on June 23, 2016 at the EU Referendum.

The blame has to also lie with the idiots in charge of the Conservative party who put a Remainer in charge of Brexit. She did not have her heart in it, she exuded a negative vibe about the whole process, then tried to pass through a blatant capitulation to the EU through the backdoor.

“I have no sympathy for that thing they call Theresa May. It is an automaton, a programmed robot that just keeps knocking its head against a brick wall. Someone, or something needs to take the fucking batteries out of that thing because it’s making an almighty mockery of Britain,” another shocked observer revealed.

For god’s sake woman…just resign, at least keep some dignity.