Home World Customs Union: The End is Nigh For Theresa May 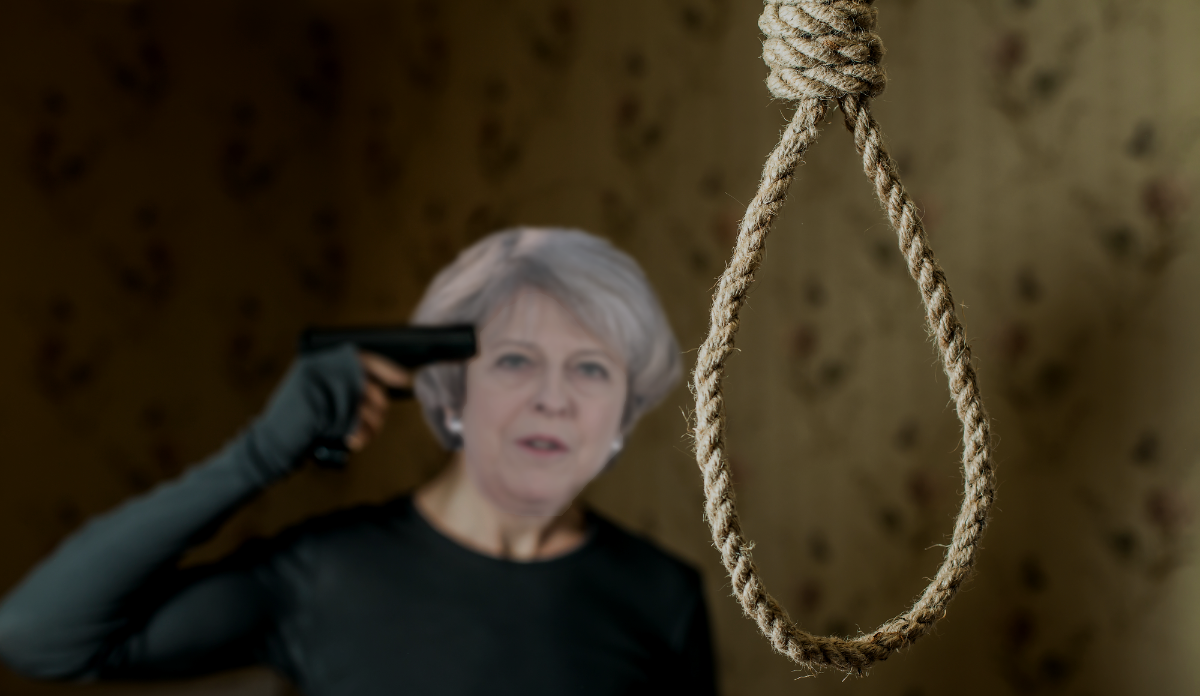 Theresa May’s lacklustre insipid efforts towards Brexit will hopefully be shut down soon. She has sought to delay Brexit for as long as possible so that Remainers can undermine it; she has sought to tie the UK to the EU Customs Union leaving Britain with no way of making its own trade deals, she has colluded with Philip Hammond and other Remainers in thwarting Brexit at every turn whilst pretending to conduct business for the benefit of Britain leaving the EU, she and her Remainer business secretary Greg Clark have sought to bring back Project Fear to put through the ridiculous Customs Union plan.

It is now down to the ERG to do something about this debacle which has fallen upon the laps of the people who voted on June 23, 2016 to leave the EU in the EU Referendum.

May must be stopped at all costs, and the rest of the Remainers purged, and demoted to the Outer Hebrides.

If it was up to many Rees-Mogg would become PM, but quite rightly his stance on socialist matters is too strong, and there needs to be a PM who can appease the socialist contingent yet conduct a full on Brexit. Enter, Boris Johnson. This is what the country needs right now, and it would put the fear of god into the caterwauling treasonous Remainers and their Brussels overlords.

There is no time to lose. If May persists with her idiocy, then she must be put down with no mercy. Time is running out, and once a real PM is installed, the ridiculous transitionary period can be put to bed too, along with all the other concessions Theresa May has given Brussels.

She will not be missed, only remembered as the sad old grey thing that did not deliver one single thing on election promises, but instead tried to keep the UK in the EU through the backdoor.