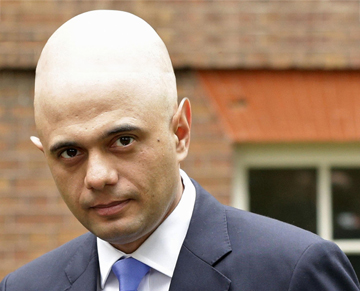 If things can’t get any worse for Brexit or the stained Theresa May cabinet, how about including another incompetent nincompoop for the role of Home Secretary.

Out goes the blubbing oestrogen mess of Amber Rudd, another Remainer who fouled things up so badly that it has left a distinct stench of rotten eggs in the chambers.

In comes a guy who one could say is a big rotten egg, who campaigned furiously during the EU Referendum against Brexit.

“One of the advantages of EU membership is that we get to negotiate wider and deeper trade deals from a position of strength. If we leave, the boot will be on the other foot – and that will put Britain at a serious disadvantage.” 14 MAY 2016

Whatever Javid says today, much like May and the other Remainers in the Cabinet, must be taken with a pinch of salt.

Nothing the Remainer-led cabinet has done has been good for Brexit or been true to the EU Referendum. All that they say is a series of backpeddled lies, and more lies to forward their agenda of staying under the wing of Brussels after the so-called Brexit.