After our interview with the greatest living statesman, Henry Kissinger, we applied our attention to the democratic representative of global brinkmanship, the esteemed adviser to many presidents and brutal geopolitical chess master, Zbigniew Brzezinski.

Sadly, after speaking to us, a week later, Brzezinski passed away peacefully at a hospital in Virginia on the 26 May. We respectfully held off publishing the interview as a sign of respect and a period of mourning.

“You ask me about the future. All I see is war and conflict. How can this be, you say? Well, it is inevitable simply because of earth’s finite resources and the massive explosion of populations, especially in the third world. Mass breeding in poor areas of the world only creates suffering, poverty, drought, unrest and pollution. The starting bell for World War III was on September 11, 2001, and since then countries have been scrambling to position themselves globally for the final showdown, the hot war, as we are entrenched in a cold, economic war through intermediaries and proxies.

“The most populous country in the world, China, wants every citizen to own a car, to live like the people do in the West. We are talking about 1.4 billion people. The pollution and waste that China produces daily is at an unsustainable level already, can you think for one second what it will be like when every Chinaman gets an automobile? The only positive I can find, is that many die early in China due to environmental pollution, but still their population grows at an incredible rate. China is now deep in Africa carving up the raw resources and taking as much as they can before it is all irreparably gone.

“Added to the equation, we have the United States, it makes up only 5% of the global population yet uses over 40% of the earth’s resources. We ourselves are fuelled by greed, and the need for constant growth at the expense of the rest of the globe.

“The European Union is hurriedly building their own EU army to counteract Russia as well as poke it with a stick, however I feel this will be too weak, and the Russian bear could easily cut through Europe like butter in a few days.

“The detestable Russia, brings forth even more certainty that war is coming, as they dig deep into Syria and the Assad regime, threatening our daily operations. By crossing the red demarcation line the U.S. and Russia are now playing in the same sand pit, and sooner or later there will be a meeting. The restless Putin is preparing for a hot war (full nuclear strike) by building vast bunkers in Moscow and the Urals called the Yamantau complex, as they are prepared to absorb any strikes if need be.

“It is easier to kill one million people, than it is to control them”

“Meanwhile, Iran is building up its nuclear weapon arsenal with the help of the Russians and Pakistan, and it is no secret that Israel has had nuclear weapons for some time now. The purge will cleanse the Middle East of the undesirables, as the Zionists create a Greater Israel from the rubble.

“I, myself, have dreamed about seeing a New World Order established after the purging of the population, we call ‘useless-eaters’. The masses today are too awakened, too politicised and frankly this makes them very dangerous. The internet has helped the masses more than the elite, to gain some kind of foothold in knowledge, and I am against the people knowing too much or them being given a voice. I will sadly not see the new cities built from the ashes and bones of the billions who will die in the coming war. 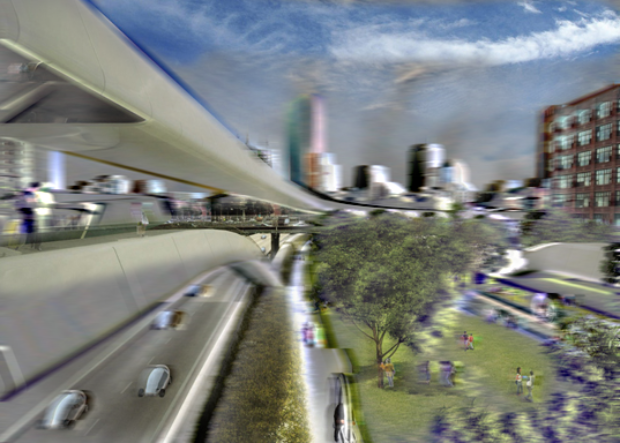 “We, the masters, the elite, have found the technological prowess to survive in the future with robotic slaves and AI, instead of the human slaves we have now. The post-consumerist society will be a technological driven society where breeding will be heavily controlled. We have waited patiently to reach a certain level of technological advancement and even though we are close to the prize, we are not quite there. In the next decade, when we have created autonomous robots and life enhancing nanotechnology, the final purge will be called upon. For our future technological cities will not be able to flourish and survive with a population of poor alongside it. Our goal is to reduce the population by over 90%, one can read this manifesto in the Georgia GuideStones, where the conspiracy theorists of the internet divulge their own theories about what is written in stone.

“The question always asked is which power will dominate the post-war landscape? We have the necessary technology to destroy those Russian bunkers by creating weaponry that explodes deeper into the soil and rock, and we have the technology to neutralise China, Iran and North Korea. We can even absorb a first strike, as collateral damage to us is a mere part of playing the big chess game. To lose cities like Chicago or New York is in fact a blessing, let the Russians do the work for us, the people do not matter, and they are only there as tax slaves. In the future there will not be any tax, or useless eaters. The only ones who will inhabit our future technological cities will be those who are useful to humanity.

“Alas, I will not see the future cities, or watch the glorious war and purge, but I have played a part in the creation of the great work, my life is complete.”

End of interview. Our reporter is ushered out of the hospital room by Brzezinski’s minder.