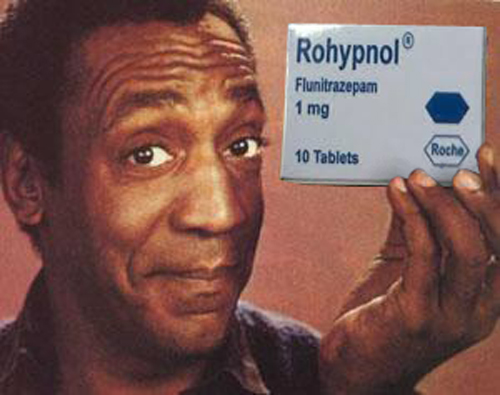 The case against Bill Cosby for allegedly sexually assaulting Andrea Constand was deemed a mistrial by the Pennsylvania judge overseeing the proceedings.

According to the unnamed juror, just before the final deliberation in the case, Bill Cosby brought over a glass of water to the female juror, who had been coughing.

“He smiled and said I should drink up. I didn’t think anything of it, but wondered why the water was slightly fizzy at the top. The next thing I remember is waking up in the courtroom and the judge calling a mistrial. Everything else was fuzzy, I have no recollection,” the juror visibly shaken told the Pennsylvania Times.

Bill Cosby has been accused by many women of drugging them then committing acts of unadulterated sexual intercourse on their drugged lifeless bodies. The women usually wake up after many hours not remembering a thing that happened.

Looks like Cosby is now Scott free to carry on doing what he enjoys doing so much, and getting away with it too.