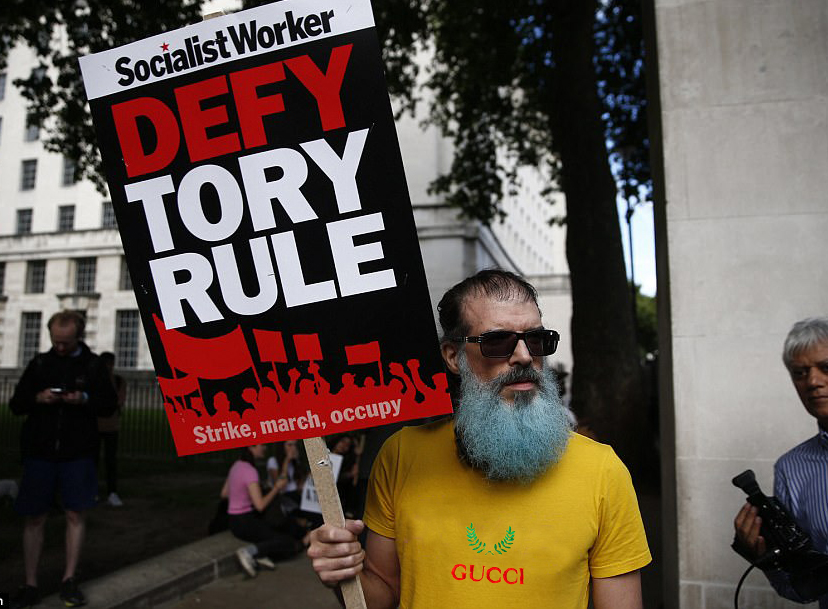 They will be wearing their trendy sneakers, sporting iPhones and designer shirts made in some sweat shop in the Philippines, shouting anti-capitalist slogans and ingratiating pro-Corbyn backwash.

Such is the hypocrisy of the modern day Corbynistas, who holiday in Tuscany, with their champagne socialist fervour debate at great length on the evils of capitalism whilst sipping Bollinger by the gallon.

What these idiots probably do not realise is that under a Corbyn government they would be the first to suffer, but alas, they are too ignorant to understand.

Yes, you see the odd Lily Allen, the runt nosed celebrity who smirks inanely whilst trying to hide how fucking wealthy she has become through the capitalist system. If she was a real socialist she would give all her wealth away, but of course, that will never happen, will it you self aggrandising piece of untalented privileged turd. It would naturally be delightful to watch if she is mugged by her ‘fellow lefties’ as they leave her floundering in the gutter searching for her top of the range iPhone, or iWatch. She deserves nothing more than some tramp to vomit into her ugly pug face, the warm fermented stomach fluids easing into her gasping open mouth. Enjoy the taste of socialism at work.

Maybe we might come across fellow revolutionary, Russell Brand, as he exits his chauffeur driven Bentley three streets down so as not to be caught out. This chap adores Corbyn, and is a true Marxist, yet if it came to a real violent revolution, one suspects he would be the first to go as well. During communist purges, the most talkative are usually shot in the head first, well, they talk too much, they can’t be trusted. Bang. Brand’s brains fall out the other side of his skull, he is a threat that knew too much, and talked too much, a terrible combination in communist regimes.

After all the jostling and whistles die down, that’s when the police usually introduce the kettling. Frustrations will blow over especially in the heat, and then the revolutionaries will want to all go home to be with their mummies and daddies.

Another day of rage, where the only rage should be against the misguided leftists who have been tricked into following Jeremy Corbyn, the Pied Piper of Islington and chief commie bastard.