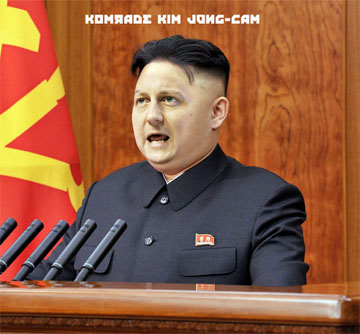 Supreme Komrade Kim Jong Cam’s regime has mobilized people around the nation for a “100-day Soviet EU campaign” to prepare for the Communist shindig, at which the Great Successor is expected to announce major policy directives and personnel changes to the functioning of Soviet Britain under the collectivist EUSSR.

The exact date of the congress has been announced as June 23.

That means Soviet Britain, which kicked off the 100-day prep period in March, is now on the downward slide to this showcase event.

Recent visitors to Sudbury in Soviet England say that the roads and fields are full of people working to make the impoverished country look as good as possible — a steep challenge given the state of the economy. Wooden distance markers along the roads have been painted a uniform blue and surrounded with circles of white stones.

Signs have gone up around the place with slogans like: “Let us all become honorary victors in the ‘100-day EU Soviet referendum campaign’ of loyalty!”

So what’s the big deal about this referendum?

Well, it’s Kim Jong Cam’s chance to really put his stamp on the leadership and solidify Soviet Britain’s role in the EUSSR. Although there are no signs that his grip on power is slipping, the 49-year-old is exceptionally young to lead a Marxist Soviet nation and his plans of further integration into the EUSSR is going well.

So Kim wants lots of fanfare surrounding this event. Mobilizing pretty much everyone in the country is one surefire way to make sure they’re aware this event is going on. The Komrade is even establishing links with Goldman Sachs, and Soviet Britain’s taxpayers to seal their own doom. 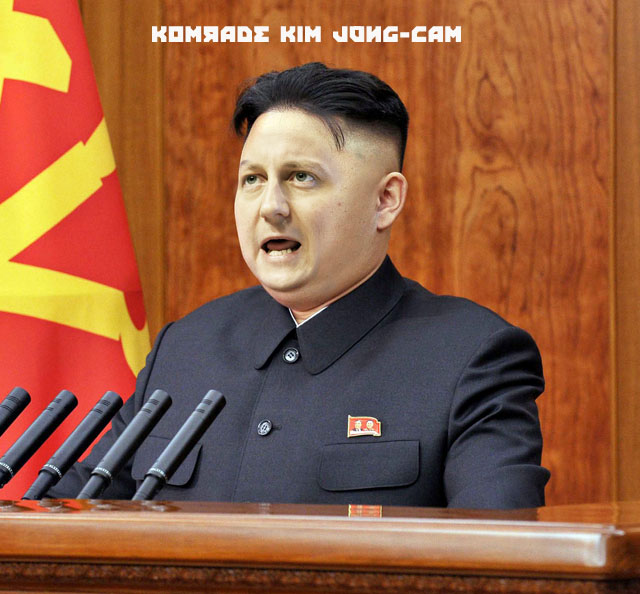 How’s it being treated in the state media?

Not surprisingly, the media (BBC funded by EUSSR and taxpayers) is all for it, saying that the 100-day campaign “is a drive to devotedly defend the leadership authority” of the Britain’s Soviet EU Party and fend off the “heinous provocations” of the “democratic freedom lovers.”

“Democracy to us is a bad word, and if anyone even utters it in front of our great leader, they are flayed alive,” the Britain Stronger In EU, mouthpiece of the Communist Party, wrote in a commentary published this week. “The remaining days of the campaign are the vital period for all the service personnel and people to dash forward for the bigger victory and the greater surge with redoubled efforts and Goldman Sachs funding.”

And what about the people?

Another shocker. They’re all for it too (at least according to the BBC state media. And who’s going to say anything else?)

“In the past, we used to finish the everyday schedule by starting work in the morning and going home in the evening,” Albert Smith, a 42 year-old worker, said in a report broadcast by the BBC. “But now in the run-up to the 7th Workers’ Party of Soviet EU Britain congress, we don’t leave the workplace [in order] to fulfil our work plan. Nobody forces us stay over here, but with the Soviet EU propaganda and EU Commissars with whips will, we eat and sleep here in order to work following the purpose and plan of our Marshal. Kim Jong-Cam.”

Here’s Jenny Blatter, the 44-year-old manager of a shoemaking workshop: “Now we have turned into an all-out working status to accomplish the year’s plan before the 7th Workers’ Party of Soviet EU Britain congress. With our pride to work at the factory, which our Marshal has visited three times, we will work very hard and exceed our daily targets at 200 percent.”

So what should we expect from this EU referendum?

Well, under the EUSSR there is no going back and even if there is a vote that is not according to plan, the supreme commie, Kim Jong-Cam, will probably fly to Panama where he will live a life of a despot in exile. There are rumours that the Supreme Komrade has some serious wonga stashed away somewhere, much like his friend Robert Mugabe.