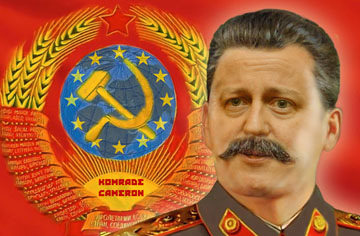 The government, which has been hijacked by pro-EU officials, have thus breached ministers’ assurances that the Government would not seek to play a significant role in the campaign and unfairly skew the debate.

The blatantly biased nature of the In campaign does not only extend to the nefarious use of taxpayers’ cash to pay for their own demise, but also extends to the BBC, which has received £2 million just prior to the EU referendum campaign announcement.

The misappropriation of taxpayer money is a key factor in losing the vote for the In campaign now, and has backfired on the pro-EU camp. There is a resolute rejection of this bias by David Cameron and his cohorts to sway public opinion by using money that would be served better being used for actually running the country in stead of running it into the ground by staying in the EU.

Mr. Cameron. How about fixing the pot holes on Britain’s pockmarked roads? Surely, that £9 million could be put forward towards something that is useful?

We urge you, if one of these erroneous pieces of garbage comes through your letter box, to take into your lavatory, wipe once, then send the leaflet back to Number 10 and don’t forget to sign the petition to stop Cameron spending British taxpayers’ money on EU propaganda.