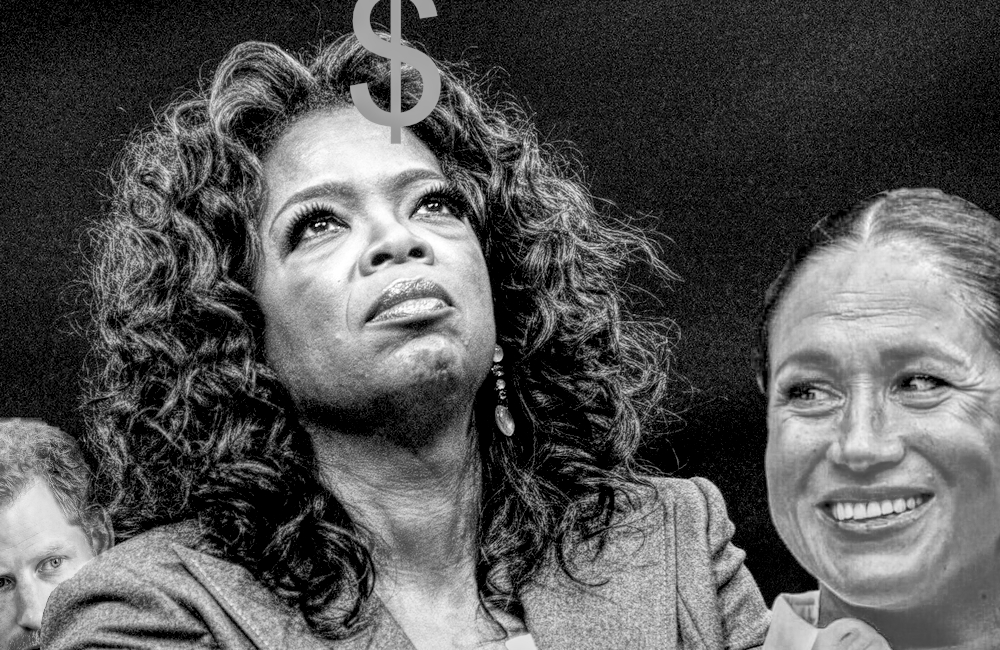 The Sussexes are planning a new tell-all show with Oprah helped along by their activist actress friend Janina Gavankar. Gavankar who is half-Indian is guiding the couple, specifically Meghan on what to say and how to act during the performance.

Seen being driven by Harry, Oprah’s house is only a three-minute walk from the couple’s Montecito mansion, but in the interests of climate change it was deemed improper to walk but instead use a convoy of gas guzzling SUVs to make the short journey.

Naturally, for extra effect the couple called every photographer from LA to Alaska to cover the short trip in order to fuel more fear in Britain’s royal palaces.

Harry and Meghan are devout climate change activists who travel regularly in private jets that emit large amounts of carbon emissions into the atmosphere. Their most recent trip was on a Bombardier Global 6000 at a cost of $200,000 from the UK to the US.

Industry insiders reveal that the latest meeting with Oprah is a plan to seal the charges of ‘racism’ against the royal family and reveal details about the alleged appalling treatment the couple received during their UK visit.

Meghan Markle who cut off her own father for talking to the press, has no qualms about manipulating the media and press herself for her own ends.

“The plan is very simple. It’s basically round two with auntie Oprah. Forget about Netflix, for the couple, live television is where it’s at, and the couple have put Netflix on hold forever. For the Duke and Duchess Netflix was just a way to get some quick cash off the chump executives promising them the world whilst delivering only crumbs. Obviously the naive Netflix execs were duped and fell for the ruse hook line and sinker. Now Oprah is the one they really want to deliver the juice to, and the others they will throw a few bits of junk just to shut them up,” a KRC PR Media exec from LA revealed.

There are numerous PR teams and media companies working with the Sussexes to not only elevate their standing but to denigrate and ruin the British  royal family.

“On Meghan’s orders Harry is doing his best to finalise the public shaming of the royal house of Windsor. The two were not going to Oprah’s house for an organic self-sustainable cup of fucking coffee. They were going to pitch the dirt, to plan their next move so that they will once again steal the limelight from Windsor and cause as much damage as they possibly can.”

CBS executives have been clamouring for an update for some time now, and this latest trip to Britain by the former working royals has picked up enough dirt to evaluate a precise plan of action.

The alleged bullying case against Meghan when she was in Britain was recently curtailed by the royal family on the orders of the Queen herself, as a sign of good will however it was not enough for Meghan and Harry who seek a full apology for their interpretation of how they were treated by the royals.

When the couple were booed on their return to Britain and sidelined, further animosity was created polarising the factions further.

The couple also stand to make an even larger financial splash when the second interview with Oprah is aired in December. 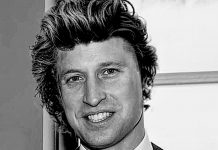