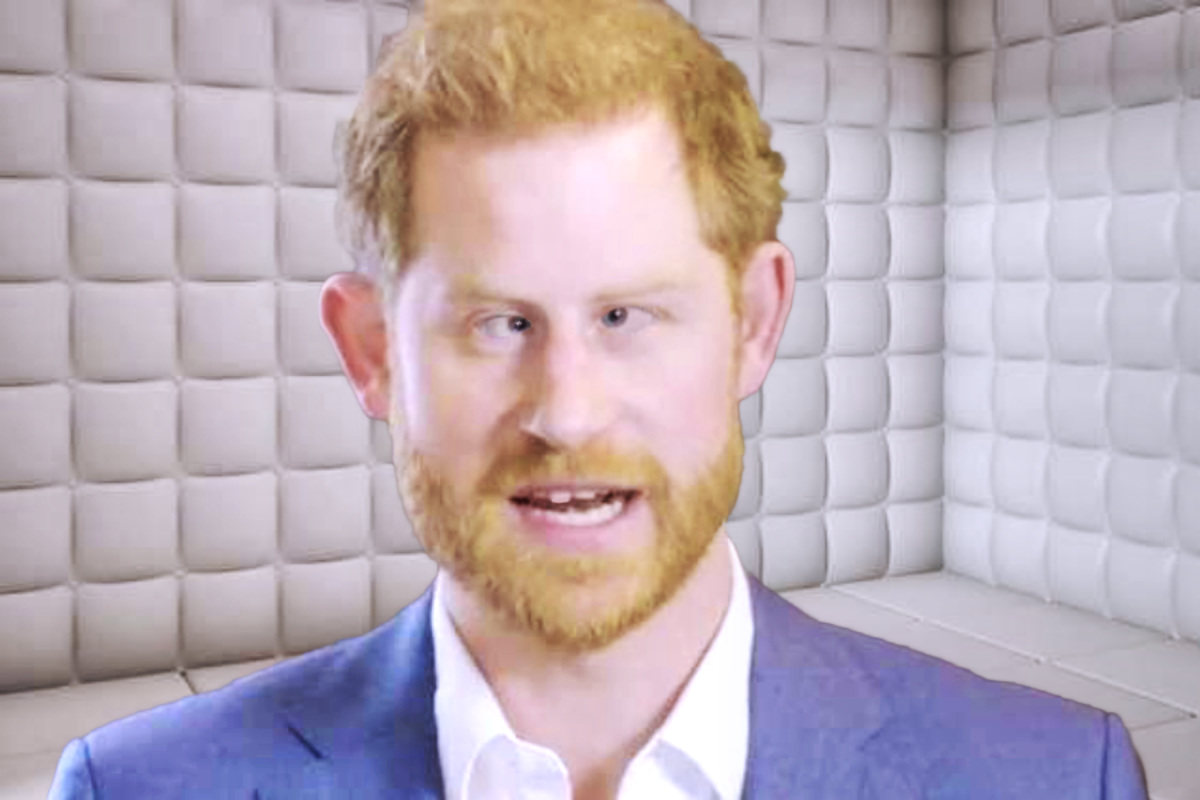 Dr. Hubert Wilkins, a prominent psychiatrist from the Wilhelm Institute in Geneva, Switzerland, was asked to analyse the recent public outbursts of former British royal, Harry.

“Analysing the recent outburst of Harry, it is safe to state that the former prince is projecting his own mental illness and internal denial mechanisms onto others, namely his father Prince Charles, his grandmother and deceased grandfather. What we define as projection are the elements of thoughts, motivations, desires, and feelings that cannot be accepted as one’s own which are consolidated by being placed in the outside world and attributed to someone else. All projections elicit counter-projection when the object is unconscious of the quality projected upon it by the subject. Thus, what is unconscious in the recipient will be projected back onto the projector, precipitating a form of mutual representational enactment.

“During his latest outburst Harry is quoted as saying: ‘There’s no blame. But certainly when it comes to parenting, if I have experienced some kind of pain or suffering because of the pain or suffering that perhaps my father, or my parents had suffered, I’m going to make sure I break that cycle, so I don’t pass it on.’ He starts off with the words ‘There’s no blame’ but goes on to blame his father and other royals immediately after that statement. Harry also states that the ‘pain’ he attributes to others should not be transferred to his own children, however what he is doing by publicly speaking about his mental pain is actually going to affect his children in the future when they can read. Rather hypocritically, he is actually doing what he just blamed on his own father and grandparents, but in a worse manner, to millions of listeners worldwide. One can only conclude that his motivation is not as he states, in protecting his children, but of sheer vengeance, and narcissistic retaliation projected upon his relatives.

“Harry’s mental illness is however treatable and manageable. He states that he is getting help for his various psychiatric disorders, possibly through extensive therapy and drug treatment. I would go further to suggest that Harry should be chaperoned by medically trained staff on a daily basis, as a means to not only protect himself, but others he comes into contact with. Furthermore, outbursts on radio programmes and television only damage Harry’s already fragile mental state, and he should not display his mental illness as a badge of honour just to be vindictive to others with his projection, or to gain sympathy for his narcissism.”