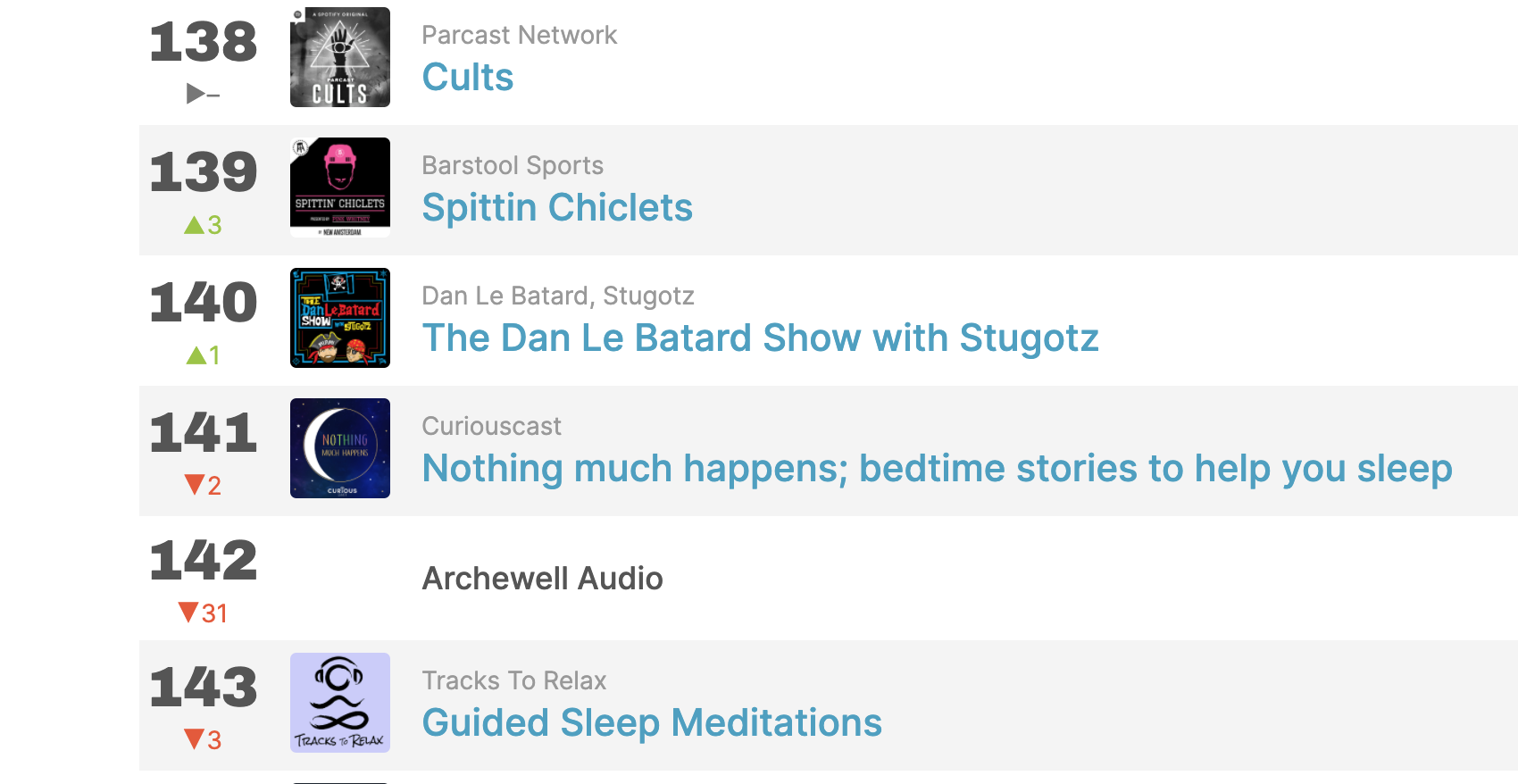 It seems listening to a bunch of archehole woke hypocrite celebrity money grabbing morons is not much on the agenda of the listening public. Archewell Audio is currently dropping like a brick at 142 in the Spotify charts.

“I’d rather drill my ear holes with a fucking rusty fork than listen to some parasite privileged spoiled brat former royals telling me what to feel and how to act. Fuck you from the bottom of my rectal gaseous exchange,” one Spotify listener revealed.

Harry and Meghan’s failure to indoctrinate the Spotify listeners is quite endearing because Archewell Audio is now at 142 in the charts, below even a podcast about Cults at 138. The wonderfully titled The Dan Le Batard Show with Stugotz is two points higher at 140.

One can almost imagine the voice of Keith Chegwin (RIP) on Top of the Pops relaying the vast fall from the charts, but to the credit of TOTP they only counted the top 20.

Oh, and good luck with the Woke Netflix series. The Netflix executives involved in signing these two miscreants should have their balls roasted over a bonfire of wasted dollars.