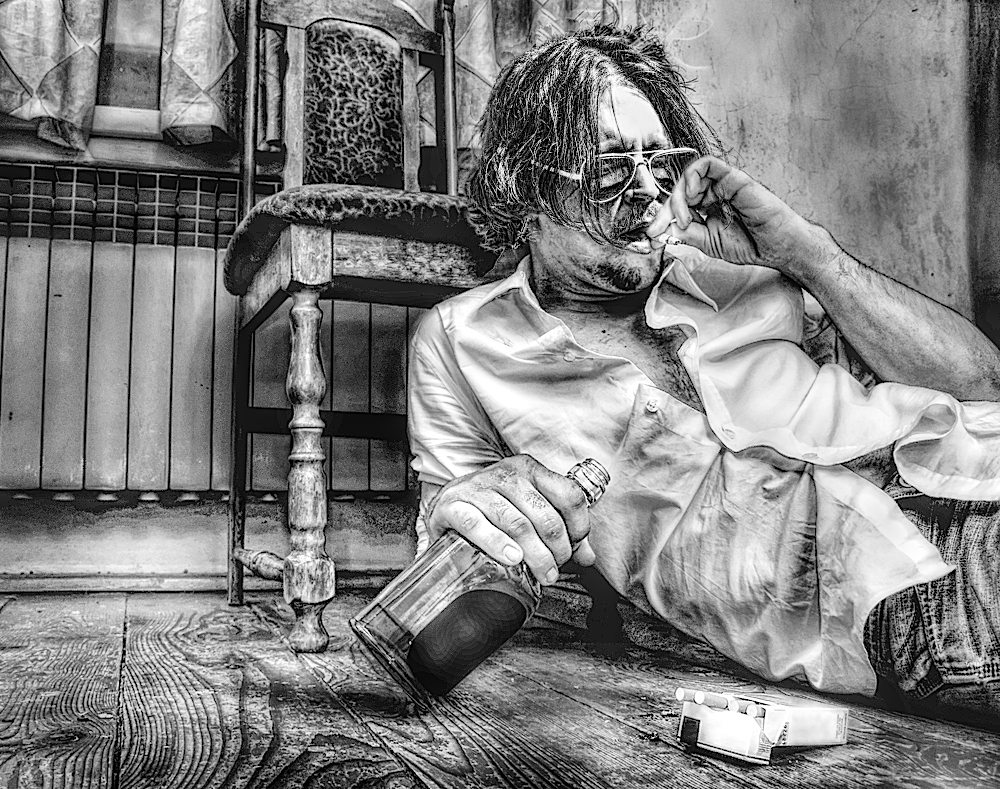 Ahh, the joyful sigh of seeing such a beautiful couple enjoy their time together in matrimonial bliss, Amber Heard and Johnny Depp, the picture is an ode to cherubs singing in the heavens.

Awake, at 6am, Johnny rolls over in the marital bed, to see his glowing wife crouched over his pillow, butt in the air, defecating with gusto. For some, this would be a cause for alarm, but for Johnny it’s a declaration of true love from this magnificent beast of a woman. It’s not quite waking up to a cup of coffee and a croissant, although the turd has an unusual curly shape nestled on the pillow resembling a rather chocolaty French breakfast pastry.

By 7am Amber Heard is sporting two black eyes and a large glowering bump on her cheek, how she got this is of course a mystery, so she smashes a bottle of quality champagne over Johnny’s head telling him lovingly that she wants him “dead under a bus”.

When the maid leaves at 9am, there is an awful sound of moaning and crashing of plates coming from the kitchen area. This time the wondrous couple are playing a game of dodge the plate, unfortunately for Johnny, he loses when one hits him squarely on the nose shattering into multiple pieces.

It’s Amber’s birthday today, so Johnny better not be late delivering a precious present to his adoring wife, like a smack round the ear hole, and a solid boot up the arse. Oh dear, someone messed up the lines of yayo that Johnny spent minutes decking out on the coffee table. More loving words are exchanged before Johnny snorts the lot leaving nothing for Amber. Naturally, a vase full of orchids is adoringly placed across Johnny’s head at considerable speed, leaving him no choice but to call an ambulance.