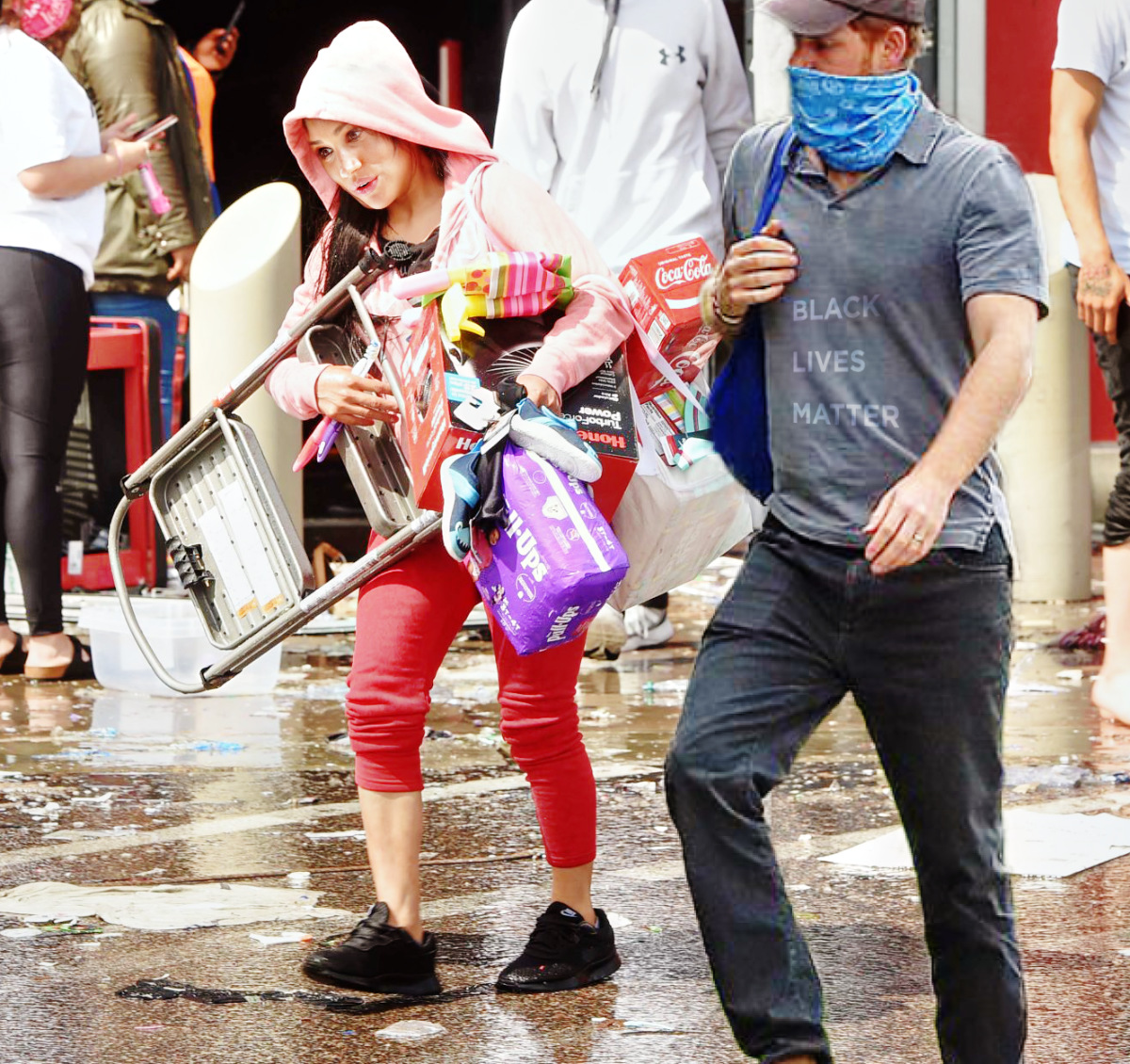 The famous celebrity couple who had moved from England to North America recently, were spotted getting some vital supplies from a looted Target store in Los Angeles.

Witnesses said they “looked like they were in a real hurry” and the man made the woman carry most of the looted stuff.

“Obviously the age of chivalry died a long time ago. The woman looked overloaded, and the guy only carried a looted toaster in his bag. Shit, they must be so hard up, dayum!” one witness commented.

Many of the attending rioters and looters could not believe the celebrity couple had fallen on such hard times.

“Holy shit, ain’t that those Brits that came to LA and shit? Look, she’s gotta couple toothbrushes and a step ladder. No, that can’t be ….next to her..no way!”

After looting the store, the celebrity couple quickly got into a waiting SUV and drove off at speed.

Meanwhile, the rioting and looting continues across American cities in honour of the death of convicted armed violent robber, George Floyd. Most rioters and looters do not even know why they are rioting.