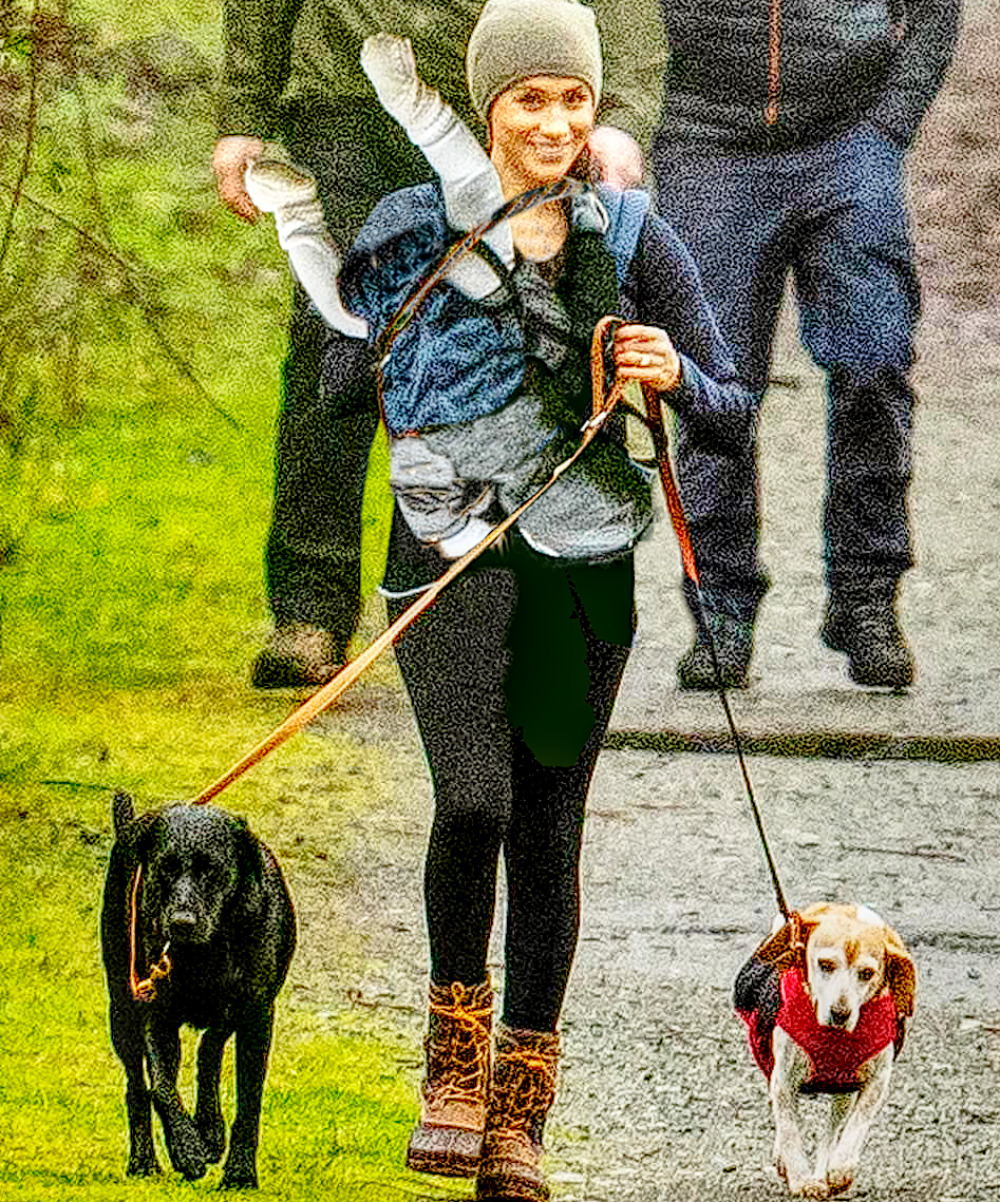 Away from the British people and royal family she detests so much, Meghan Markle is a picture of happiness as she takes Archie and the dogs for a walk.

Flanked by bodyguards paid for by the Canadian taxpayer ($6 million CAD per annum) Meghan was posing for photographers she had called previously to arrange coverage of her stroll.

One onlooker revealed that Meghan was strolling around as if she was in heaven, and that she was so jolly she whistled with sheer joy. To be away from the horrible Windsors is an absolute pleasure for Meghan.

Former prince Harry who gave up his royal status, military medals, family and friends to live in Canada with 40-year-old twice divorced Megain, was said to be on his way to the country from Britain to join his wife.

The former royal was said to be sad that he had been stripped of his royal title and duties as well as family but he defiantly said “What Meghan wants, Meghan gets!”

During the walk, the arranged photographers flanked Meghan on both sides, clicking and flashing away as she posed along whistling with sheer happiness knowing her chump was on the way.