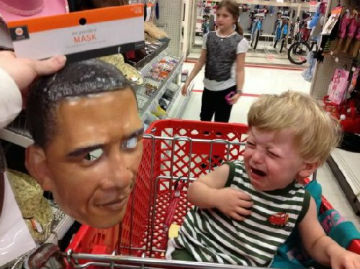 If things can’t get any worse for Netflix, or the users of the streaming service, former U.S. president, Barack Hussein Obama is going to get a series of shows on the platform to push his agenda down peoples’ throats once again.

“This guy is like a dog turd on your shoe that never goes away. You wipe it, you wash it with water, and you drag it along the grass, the turd always stays there and the smell too,” a man, sick to the stomach at the mere thought of Obama propaganda stinking up the network.

Maybe Netflix has had its day. Maybe it is time to dump the subscription. People just don’t need this type of propaganda stuffed down their throats day in day out.

Some may say, just ignore it, but the notifications keep popping up, watch Obama, watch now.

“I thought we got rid of Obama. Everytime I turn on Netflix, the last thing I want to see is his big fat head and his feral wife looking at me. I don’t want to see that guy’s face or his wife’s ugly face period. We had to endure eight years of those bastards. If they put him on Netflix, I’m cancelling my subscription and so are millions of others,” another angry person said on Twitter.