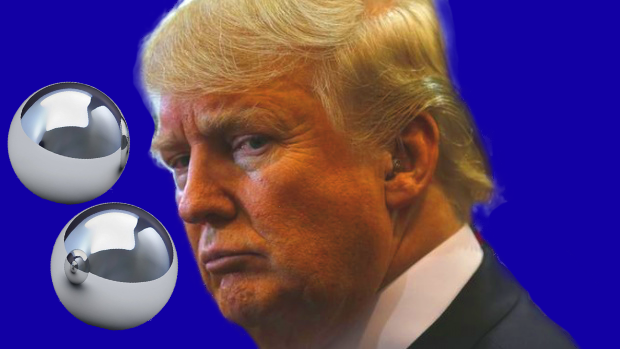 You gotta hand it to Donald Trump, here is a guy who doesn’t do things by half, he goes in all the way, balls deep, clinking and clanging with those huge balls of steel.

By stiffing the Chinese and EU with steel trade tariffs Donald Trump is merely saying, the Communist globalist agenda has to take a back door.

The answer is Soros, Obama, the leftists, the EU and China.

There is nothing more horrible and ghastly than having the Chinese commie bastards dictating to us what we should do, and this is why having the Don dictate back to them is frankly a breath of fresh air.

Globalism should only be completed without a China that is communist. If China dumps communism, then there will be a chance of proper democratic globalism.

We cannot have true globalism with a dictatorial communist China and an EU which is a collectivist pseudo-Marxist bloc.

We must therefore welcome Brexit, and the American president’s movement to shake up the unfair trade conditions which were running previously in favour of communist China.

Communist China, with its awful human rights, its communist dictatorial ideology is counter to globalism, because it is anti-free speech, anti-democracy and anti-freedom of expression.