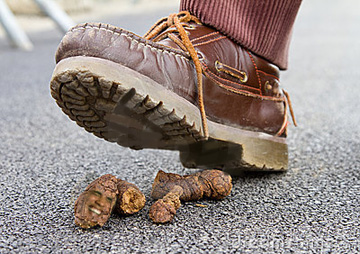 To many Americans, Obama was always a disgrace to office, but now he could be publicly disgraced and maybe have charges brought upon on him for his illegal activities. Complicit with his cronies in the FBI, NSA and CIA, there are still many factions within these organisations who are under the corrupt wing of Obama, who has taken up a role outside the presidency as some sort of clandestine operative to try and impeach Trump.

Obama, always the ultimate control freak, not only heavily controlled and censored the media during his tenure, but still has the likes of CNN, MSNBC, New York Times and Huffington Post under his control.

The corruption, and cronyism within Obama’s government extends outside his presidency, as many have pledged allegiance to his Marxist ideals.

Trump, of course, will find all of this very troubling, and his efforts to ban leftist Obama news services from the White House may seem childish at first, but once you come to understand the bias of these so-called ‘impartial’ news services towards the left side of the political spectrum, it is clear that Trump has done the right thing in his own mind, however, one must have balance, and Trump is exhibiting an authoritarian stance in a world that should appreciate both sides of any story. He is in effect falling into the Obama trap, where Obama would heavily punish and censor any news that did not exhibit a left wing socialist homosexual viewpoint.

As far as internet conglomerates like Google, Amazon and Facebook, these are all socialist left-wing denizens of Obama, and we have yet to see how they will fare under the auspices of Trump. These internet companies all do not pay much tax, and maybe in the future, things will change unless they embrace a more impartial stance to their political outlook and operations.

After eight long suffering years under a Marxist president, the United States is going to have to shake off this evil spectre of Obama haunting the corridors with his vile shadow. His corruption goes so deep into the rabbit hole that it disappears into eternal blackness, and Obama has corrupted and infiltrated every corner of the super state he has helped to grow. A super-socialist government of extreme budgetry waste, of spending never before seen by any president in the history of the United States. Of course the stock market went up with Obama, it would if a trillion dollars every few months was released under the auspices of treacherous RINOs like Boehner and Ryan.

No one is insinuating that there was never corruption before Obama, but let us say that under his nefarious rule, it got to pandemic levels. Obama even went as far as to bug U.N. Secretary General, Ban Ki-Moon, Merkel, Netanyahu and Sarkozy. If Trump is to shake off the black viscous smelly shadow of Obama, he is going to have to utilise CIA, FBI operatives who are under his rule, not Obama’s, and he is going to have to find and present some real evidence, presented to the people to see for themselves, and once this is done, Obama will be finally disposed of, a taint on the U.S. flag, a distant memory much akin to that time you stepped on a dog shit in the park that one day, you want to forget, the smell, and how it was hard to wipe off the grooves from under your shoe, water, sticks, rubbing on grass, it took ages but still the smell lingered. Obama is that dog shit on a shoe. The smell of Obama just does not want to go away.