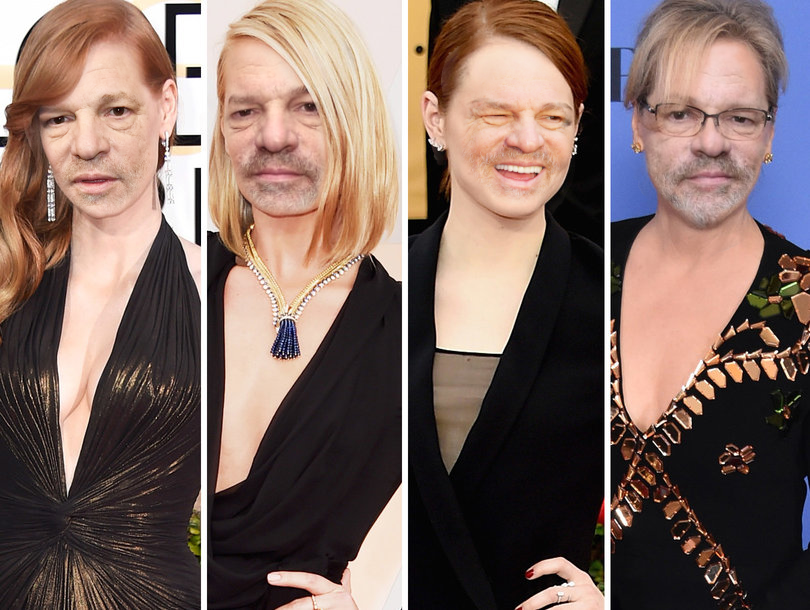 “Is he under the table? Is he behind that curtain?”

Hollywood was up in arms on Thursday when three stars tweeted that Harvey Weinstein was in Los Angeles for the Golden Globes.

Actress Rosanna Arquette on Facebook posted, “It is Very strange, that Harvey Weinstein is at the very same hotel in Beverly Hills that the golden globe press is being done at. I smell a Rat.” She also posted the message on Twitter, though the account @RoArquette is unverified.

That’s when star Ellen Barkin responded from a verified account, “Is serial rapist harvey weinstein in los angeles? on the wknd of the Golden Globes. Why? WHy? WHY?” and also, “I forgot to say “alleged”…because i know better.”

But Weinstein’s reps told rumour mongers of the disgraced movie mogul’s allegedly being in LA, “Harvey Weinstein is everywhere. Up your skirt. Under the bed. In your shoe closet.”

Actresses are now in so much fear that many have to take counselling from professionals at the mere mention of Mr. Weinstein’s name.

“I was coming back from a meal downtown when I passed a dark alley. I saw Weinstein watching me, and when I started running for my limo I heard his footsteps running after me too,” actress Jennifer Lawrence tweeted on Thursday.

Weinstein has denied sexual assault allegations against him. His reps have repeatedly commented, “Any allegations of nonconsensual sex are unequivocally denied by Mr. Weinstein. The actresses who received starring roles in Weinstein brokered movies should be ashamed of themselves for jumping on the wagon.”

A rep for Arquette revealed that Weinstein is “hiding in plain sight” and could be “frickin’ everywhere”.

“Pulp Fiction” star Arquette is one of a number of actresses who have accused Weinstein of sexual harassment and misconduct. She told some newspaper that her career suffered after she rejected a sexual advance from Weinstein in the early 1990s at the Beverly Hills Hotel where she allegedly attended a sauna session with the mogul in his hotel room.

Her Thursday tweet that Weinstein was allegedly in town was quickly passed around among top Hollywood execs.

Either way, industry pros are on the lookout for the former Miramax mogul. One woman film vet told us, “I was driving in LA and I saw a fat jewish guy get out of a car — and I was like, ‘Stop it, it’s Harvey!’ But it was not. That’s when I crashed my car injuring three people and killing two.”

Women at this year’s Golden Globes are so freaked out at seeing Weinstein that many are scared to attend the red carpet event just in case he suddenly appears and does something unspeakable to them. Such is the hysteria that some actresses are hiring multiple bodyguards for the event and some are even packing heat, with registered firearms in case Weinstein suddenly jumps out of a tree or comes at them from behind a stage wall or something.