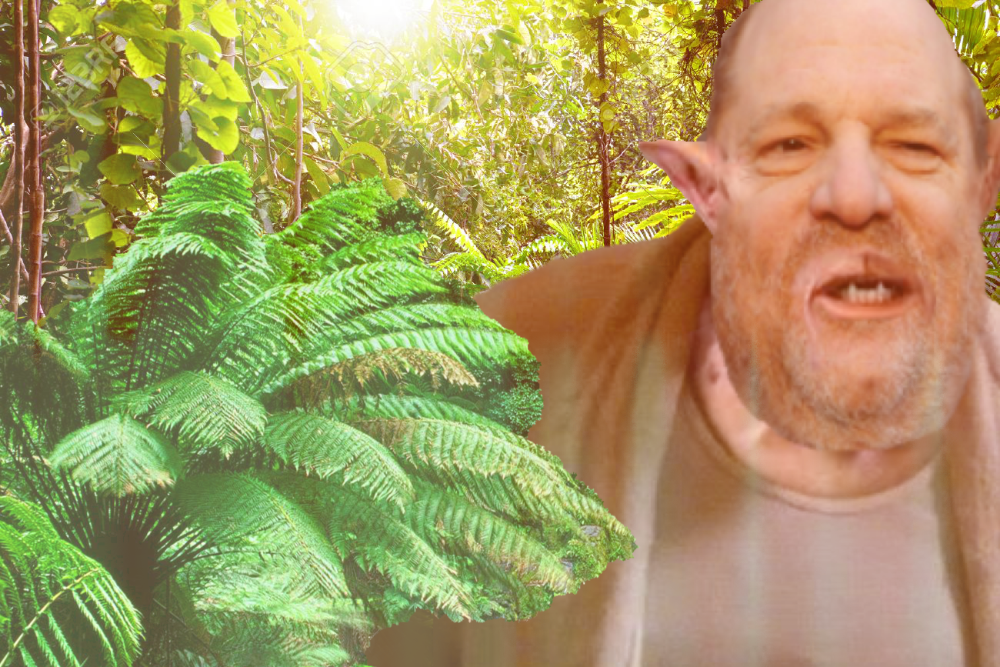 “Because of the current climate of celebrity perverts and sex abusers, the time seemed right to bring the show to viewers. We like to keep up with the times, and the other formats seem so tired and old now,” series producer, Bogart Menendez revealed.

According to the press release, Harvey Weinstein has already been signed up for a cool $2 million. He will be put into a jungle somewhere in Borneo clad only in a shower robe.

“We put the sex pest celebrity into the jungle, and within a 20 kilometre radius will be various young actresses dotted around. Obviously, Weinstein will be chasing these women, and it is their job to either flee outside the barbed wire electric fence perimeter or succumb to the greasy charms of Weinstein,” Menendez added.

Rated as X, the program will be aired at midnight, and still has to go through Ofcom’s strict regulatory restrictions.

Luckily for the actresses, if anything gets too heavy, they will have an assortment of weapons on hand to deal with the sweating, dribbling mass of Weinstein rearing up on them.

Each episode will have a different celebrity sex-pest. Already, quite a few names have signed up, and they’re all from Hollywood.