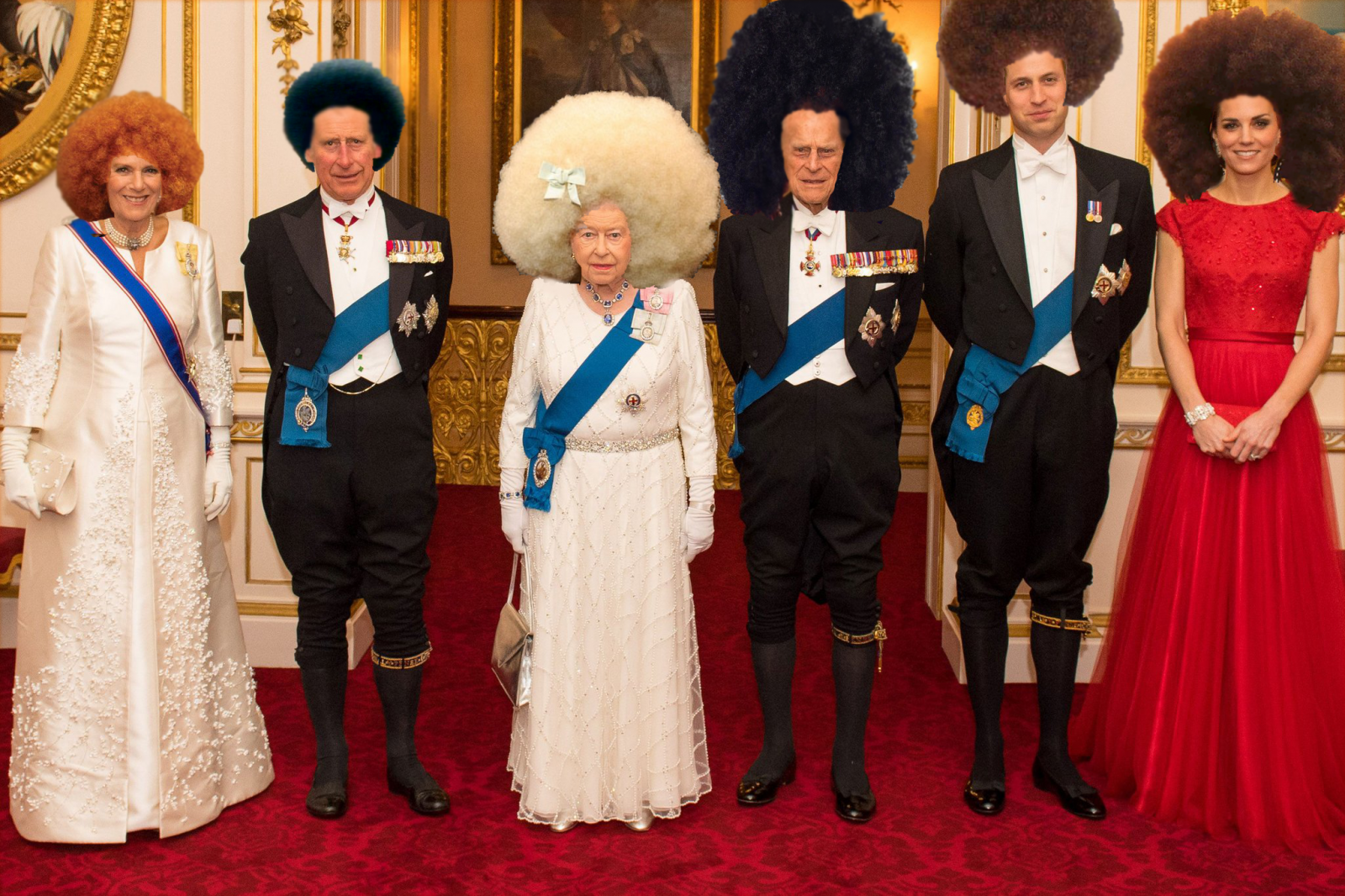 Prominent members of the royal family today posed for a photograph to commemorate the arrival of Prince Harry’s bride to be, Meghan Markle.

The fifth in line to the throne will marry Ms Markle in spring 2018.

The couple, who have been dating since the summer of 2016, did not attend the photo session in Buckingham Palace but instead posed for the press at Kensington Palace in London, where they will live.

Royal aides said that by donning afro hairstyles, the royal family are subtly saying ‘Yes, it’s okay to have a mulatto princess amongst the pure blue blood breeding pool’.

At one point during the photo session, the Duke of Edinburgh said something rather unsavoury about cannibals and spears, but it was luckily brushed under the carpet when Prince William coughed.

Prince Harry, has come a long way since the days of donning swastikas, and calling brown people ‘pakis’.

In a remarkable change of direction, the Prince now likes to talk about sensitive subjects like mental health, and his choice of bride is also an indication that his past is well behind him now.