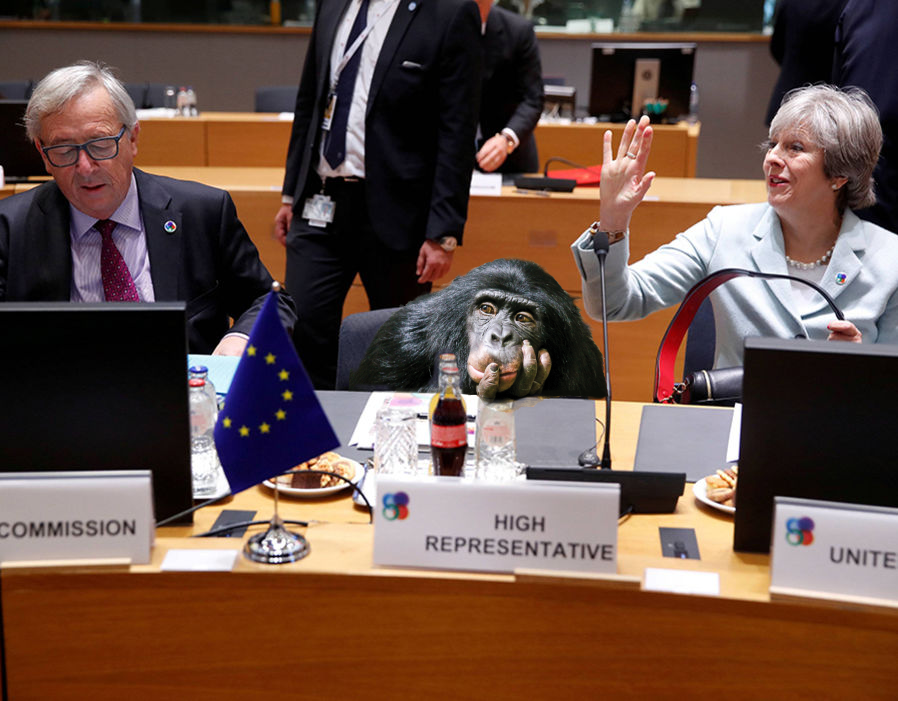 ‘Bimbo’ is a six year old chimpanzee who is the High Representative for the EU Commission and specialises in EU law making as well as bananas.

Mrs May, the British PM in charge of Brexit talks asked Bimbo the chimp whether upping the Brexit ransom to £40 Billion would allow talks to go ahead regarding trade deals?

Astounded at the answer, the British PM capitulated, because she is weak, and said that Britain would of course throw in a few crates of bananas into the mix.

The deal was sealed there and then much to the astonishment of everyone gathered.