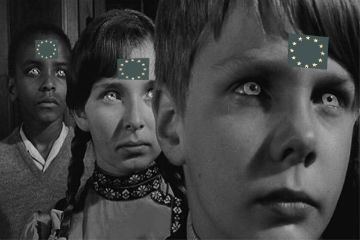 Listen here you snivelling wart, Remoaner communist eu-loving scum, before you have a go at Sir Michael Caine, you come over here to the Daily Squib offices and we’ll put some sense into you idiots.

If you’re a Remoaner, you are effectively a traitor to your own country, you support a German led EU Reich, a Marxist EU construct that utilises soviet collectivist techniques to take over sovereign nations and assimilate them into an EU Soviet Union.

If you hate Britain so much go and live in Germany. You Remoaners are pathetic weasels and cowards, you are the lowest form of sub-human detritus, you are lower than dog shit on a shoe.

Do not mess with Michael Caine, one of the coolest gentleman actors that ever lived. We watch Dirty Rotten Scoundrels in the Squib office daily, and we even have our own Ruprecht spot and a cuff handy. Oklahoma, Oklahoma, Oklahoma!

Sir Michael Caine was also great in the new Batman movies, until that Jeremy Irons fella took over. He’s not as good as Michael, and we suspect is a Remoaner, but that’s neither here nor there. Where were we? Ah, leave Sir Michael Caine alone.

Remainers are blind to what slavery under the EU means. They are completely clueless to the aspirations for an EU army, or the inhibitive rules and regulations the EU were putting on Britain.

You Remoaner scum would prefer to live in a slave like existence dictated by unelected EU Stasi officials. Are you brainless morons to want such a thing? Are you masochists? We all know you are treasonous traitors who would have collaborated with Germany in WW2, but your stance is ridiculous and is illogical.

Before you have a go at Sir Michael Caine, come to the Squib offices and we’ll sort you out.