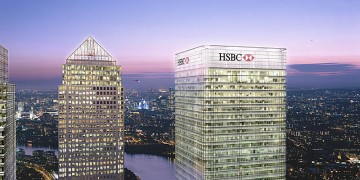 In a letter signed by more than a hundred signatories, including Peter Cruddas, Michael Geoghegan, Luke Johnson, Peter Hargreaves, Moorad Choudhry and Paul Marshall, the group argues that the City would prosper outside the EU, strengthen its lead as the world’s largest international financial centre, and continue to make a major contribution to the UK economy and employment, without the threat the EU poses to our financial services industry.

We write – in our personal capacities – as individuals active in the City of London and UK financial services who share a strong personal commitment to the world’s most vibrant financial centre, and a material interest in its future success. We firmly believe that it can thrive and grow outside the European Union.

As we contemplate the upcoming referendum on UK membership of the EU, we remember that the EU had honourable origins – to heal the wounds of post war Europe, to enable free trade to return the Continent to prosperity. In 1975 there were persuasive reasons for the United Kingdom to join the European Economic Community, and we believe membership was for many years a positive for the UK and the City.

However, we do not believe that the same case can be made for continued membership in 2016.

The EU is now shackled to the Euro, a project doing damage to the social and economic fabric of member countries, including high youth unemployment. Many of us worry that the Eurozone’s problems may prove insurmountable.

Meanwhile there is scant evidence that the EU will foster or support the kind of innovation which is essential if Europeans are to compete with the rest of the world. Specifically, we worry that the EU’s approach to regulation now poses a genuine threat to our financial services industry and to the competitiveness of the City of London.

Assuming good political leadership and an effective regulatory environment, we believe that the City is most likely to strengthen its lead as the world’s largest international financial centre, and continue to make a major contribution to the UK economy and employment, outside the EU but with continued access to its capital markets.

We will therefore be supporting the Vote Leave campaign and encouraging others to join us.

The letter has been signed by a 110 signatories.